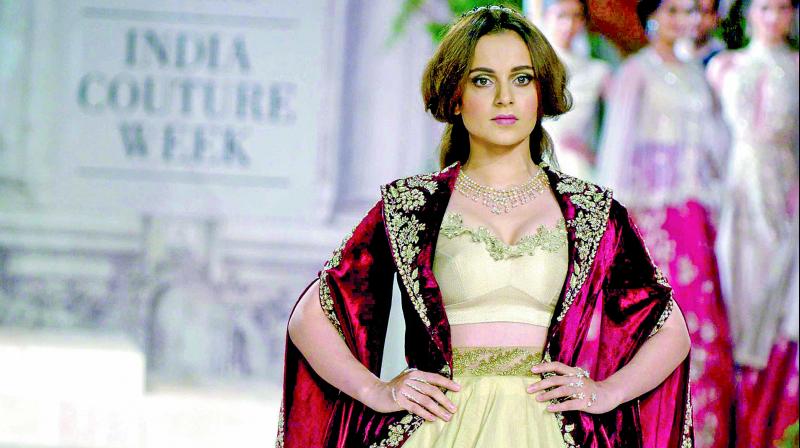 Kangana Ranaut seems to be gathering momentum for her battle for supremacy in Bollywood against the men — starting from Karan Johar to Hrithik Roshan and now Pahlaj Nihalani.

Having spoken earlier on how she was made uncomfortable on the sets of Nihalani film I Love You Boss, which she dropped out of, she had blasted the veteran filmmaker for a ‘bold’ photoshoot she had done with her. Nihalani retorted saying that he had requested his friend Shatrughan Sinha to star with her but she had refused and the film was canned. And now, Sinha has come out in support of the Kangana and even praised the actress for her performance in Manikarnika.

“A strong woman doesn’t need to be labelled as a man to celebrate her strength. The Rani of Jhansi was not only a model human but a role model for freedom fighters as well. She was a fierce fighter, who lived and died for the country,” he said in a recent media interaction.

When asked about Kangana’s performance, he added, “As far as Kangana Ranaut is concerned, she again is a remarkable self-made lady. She made it on her own terms, against all odds, in a male-dominated industry. She gives any actor — male or female — tough competition. She commands respect and even remuneration that she’s worthy of. God bless, long live Kangana! She’s a role model of woman empowerment.”