The actor has always stayed away from controversies and has always focussed on his work. 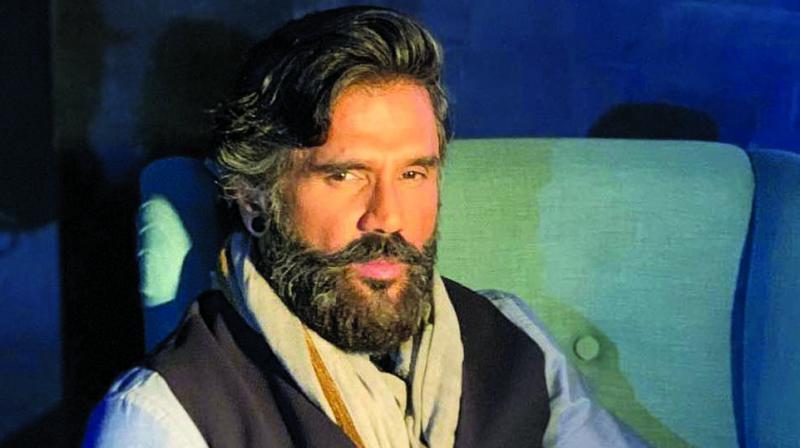 Veteran actor Suniel Shetty in a career spanning more than 25 years has had a huge fan following in Bollywood and in recent times, the actor has made a mark for himself in Tollywood too.

The actor has always stayed away from controversies and has always focussed on his work. “I am doing some good films after four years of break. But whatever I do, I will enjoy and do it. I want to make sure that the audience that I once had, will at least come back to watch my films,” says Suneil.

Now at the age of 53, the actor is very much clear about his age and asserts that he doesn’t expect to do anything extraordinary. “I didn’t work for four years but there were many offers. In that period I kept myself fit. I know my craft so I will work when I want to. I will do some good work for sure,” he adds.

Known for films like Mohra, Border, Hu Tu Tu to name a few, Suniel reveals that as an actor he has done a lot of films for friendship, but doesn’t regret any of them.

“If I have done 130 films, out of that 70 films may have been done for friendship. So I have made a lot of mistakes, but I don’t regret. That’s the kind of person I am. This time too I will work with friends, but I will tell them to give me good work or else don’t give me anything,” says the Dhadkan actor.

Meanwhile, Suniel is excited for his son Ahan’s launch. “I am really excited for Ahan’s film. It’s a great film and a great subject. Sajid is producing it and the only thing he needs is blessings of the audience and some lady luck to support him,” he smiles.