Salman Khan talks about childhood memories of Eid, and growing up with brother Sohail. 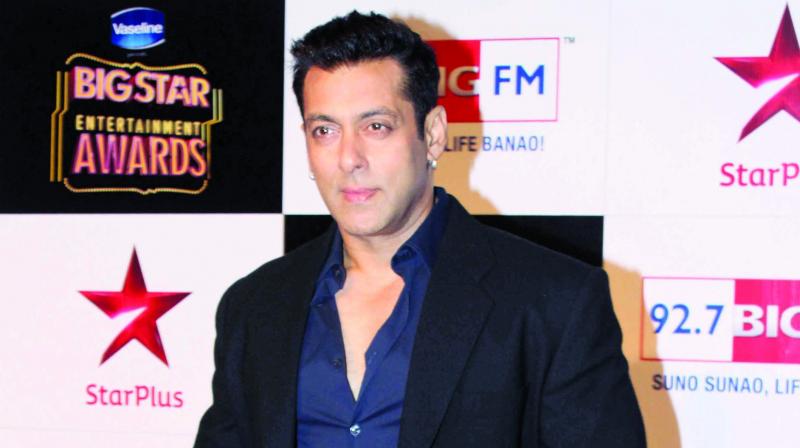 Salman Kahan’s home production Tubelight is all set to release, and he took to talking about it in his inimitable style.

“I am happy to meet you,” Salman began. Addressing how Eid has become synonymous with a Salman Khan film he continued, “Actually when you say it’s an Eid release, it implies as if the movie is only for Muslim audiences, which is not true. My film comes during Eid like other films, which are released during Diwali and other festive occasions. During Eid, there is no Ramzan for the Muslims, so they go and watch movies, first day first show. What I mean to say is films released during the festive period benefit by the celebrations of the audiences who are looking for good entertainment.”

Talking about his childhood memories, Salman mentioned about the customary Eidi that he and his brothers were gifted. “When we were given Eidi of Rupees ten only, we’d collect them in one rupee coins. When it increased to Rs 100, we’d prefer 10 rupee notes amounting to Rs 100. Likewise, with Rs 1000 we’d accumulate the `100 note as this would make us feel rich. We’d have money in bundles.”

As the conversation continued, he got emotional about Sohail. “When I was five, I remember Sohail was born. I have seen him crawl, walk and talk. I am very attached to him. He plays a character younger than me in the film, and I did not even need glycerine, tears would roll down instantly.”

He lightens up the grey mood. “I don’t like being emotional, so with my other co-stars I always ask for glycerine.”

Talking about his character in Tubelight, Salman said, “My friend Mahesh Manjrekar’s son Satya is very innocent. Whatever he does, he does it from the heart. I have taken bits and pieces of his persona for this character. I have worked out with him in the gym. So, one fine day, I called up Mahesh and asked him to send Satya home as I was doing a film. Mahesh thought I was casting Satya in the movie. I then mentioned that I wanted to notice Satya mouthing the dialogues for my film so that I could imbibe his mannerisms. I must tell you Satya is very shana”, he smiles.

“My body double, Parvez, is also a simple guy. Whenever I reach late on the sets, it is he who performs all my long action shots for me. I have never seen such a sweet boy until this day. Parvez is featuring again with Katrina Kaif,” Salman adds with a smile.

His fans display their delight. So, Salman continues. “Yes! So, Katrina and I along with Yashraj Films are teaming up for Tiger Zinda Hai. This is an action film after Sultan where you will see me jumping across buildings and more with mangled knees, etc. It is not the best time for me to perform action sequences but I am happy. Next is a dance film with Remo D’Souza,” he concludes.