As Sonam’s VDW succeeds, Deepika tries to bury the hatchet by congratulating her?

Deepika and Sonam were once good friends, who appeared together on Karan Johar's show ‘Koffee With Karan’. 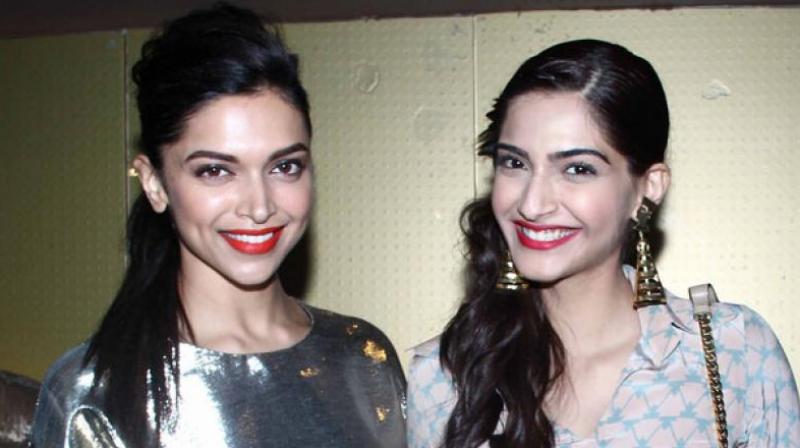 Deepika and Sonam once appeared together on Karan Johar’s popular talk show.

Deepika Padukone and Sonam Kapoor were once good friends, who appeared together at one of the most popular shows on TV ‘Koffee With Karan’.

The two actresses bonded quite well then and even after, but Sonam Kapoor’s comments on Deepika Padukone seem to have hurt the actress to a great extent, who did not appreciate Sonam for the longest time, till now.

Sonam’s movie ‘Veere Di Wedding’ has performed extremely well post its release in India. After becoming one of the highest grossing opener (female-centric one mind you) of 2018, the movie has gone on to earn over 30 crores within its first week.

This seems to have hit Deepika too hard, who went on to congratulate Sonam on her success and yet, she maintained that she hasn’t seen the film by adding ‘can’t wait to watch it’. 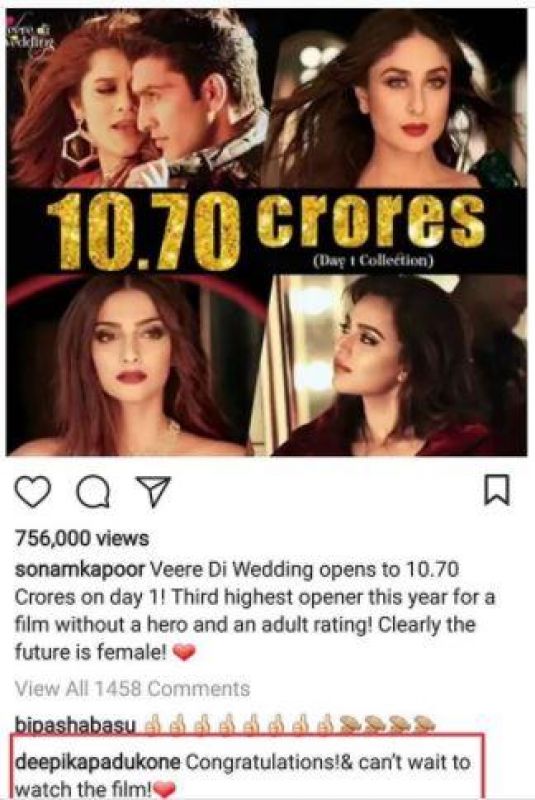 When Anil Kapoor met Deepika at an event and asked why she didn’t attend Sonam’s wedding to Anand Ahuja, Dippy apologized saying she was at Cannes (again, she was at the Met Gala, not Cannes). Anyway, it looks like Deepika is ready to let bygones be bygones and spread happiness for Sonam Kapoor, which, if true, could make all her fans happy!