After directing ‘Mirzya’ in 2016, Rakeysh Omprakash Mehra seldom came back in news up until now. 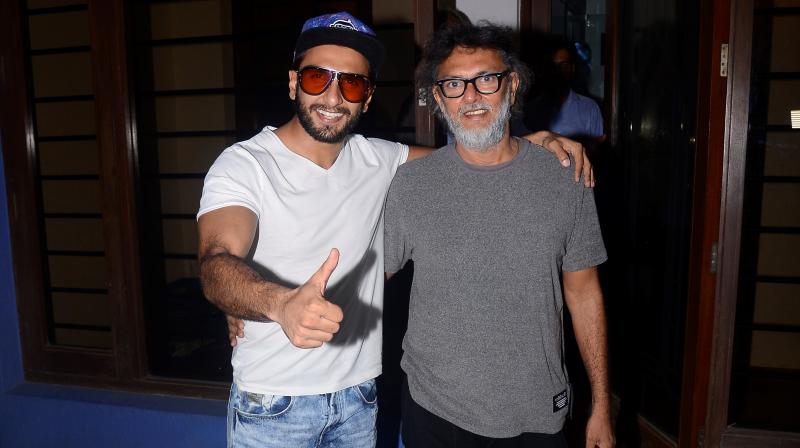 After directing ‘Mirzya’ in 2016, Rakeysh Omprakash Mehra seldom came back in news up until now.

The filmmaker, along with producing ‘Fanne Khan’, is reportedly also planning to make two films – one on ‘Kabaddi’, which hasn’t made any progress yet, and another on the evolving relationship between a father and a son.

Ranveer Singh recently met the filmmaker which is when the speculations of them doing a film together popped up.

A source told DNA, “Ranveer and Rakeysh met and discussed about working together. The filmmaker has bounced off the ideas to Ranveer, but nothing has been locked yet. They are going to have a few more meetings before they zero in on the film.”

If the recent reports in Times Of India is anything to go by, then Rakeysh has almost finalized the script revolving father-son relationship and he wanted a popular face from the younger lot for the film, which Ranveer suits the bill perfectly. So will it be another ‘Dil Dhadakne Do’ moment for Ranveer, this time with director Mehra?