Injury, and then rain hinder Kalank

The first rains that hit the Bollywood capital made sure that the filmmakers were not ready for the downpour and hence, had to stop the shoot. 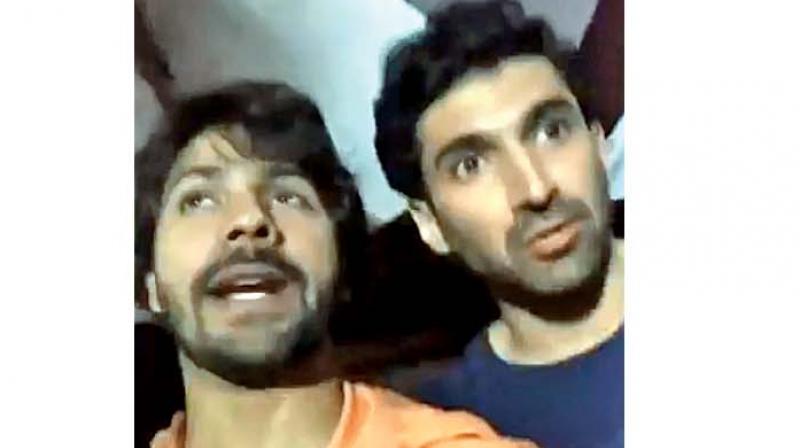 A screen grab of the video posted by Varun.

After creating quite a stir with its elaborate star cast, the shooting of Kalank had finally begun but with the advent of the monsoons, the film got into trouble.

The first rains that hit the Bollywood capital made sure that the filmmakers were not ready for the downpour and hence, had to stop the shoot.

Now the filmmakers are planning to shoot the film’s schedule before the monsoons hit with a vengeance, throwing them off gear. One recalls that Varun Dhawan was injured earlier this week while shooting an action sequence choreographed by Vicky Kaushal’s father Shyam Kaushal.

According to a source, “The scene was an intense brawl sequence where Varun had to lift and throw a door at a co-actor. The lift was ill-timed, and he ended up injuring his arm badly. The team rushed to his aid and he was given immediate medical attention on set. But Varun is not taking a break because they have to wrap up the film before the rains."

Apart from Varun, Aditya Roy Kapur who is also in the movie, being a sport made a fun video from the sets showing director Abhishek Varman in disarray and actors pleading with Karan Johar to come and stop the rain.