Directed by Vipul Amrutal Shah, 'Namaste England' is scheduled to hit the theatres on October 19. 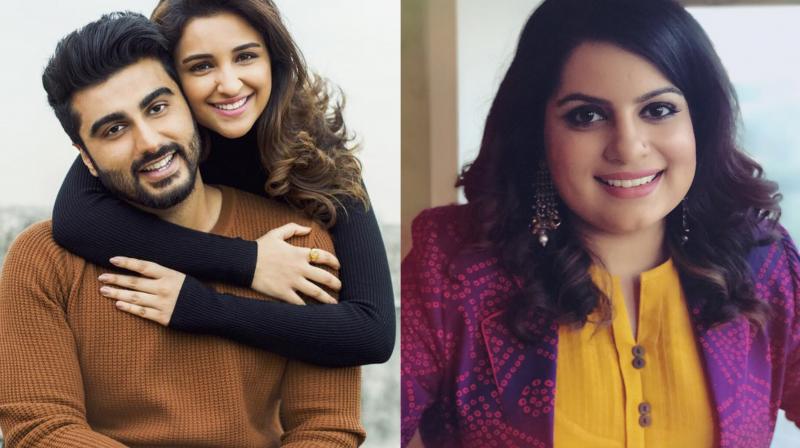 Mumbai: Arjun Kapoor and Parineeti Chopra starrer 'Namaste England' will have a third wheel, in the form of Mallika Dua.

Confirming the news, Arjun shared a photo of the trio, wherein Parineeti is seen pushed to the side while Arjun and Mallika sit together. "So @namasteengland is officially a triangle..." he wrote.

The film brings the ''Ishaqzaade' duo back together after 2012.
Following the lines of its prequel, 'Namaste England' will narrate the journey of two young individuals from Punjab to England, meshed together due to love.

Directed by Vipul Amrutal Shah, 'Namaste England' is scheduled to hit the theatres on October 19.

On the related note, Arjun and Parineeti will also be seen together in another upcoming flick 'Sandeep Aur Pinky Faraar'.