The actress, who will be making her South debut with the Rajinikanth-starrer, opens up on her role and experience. 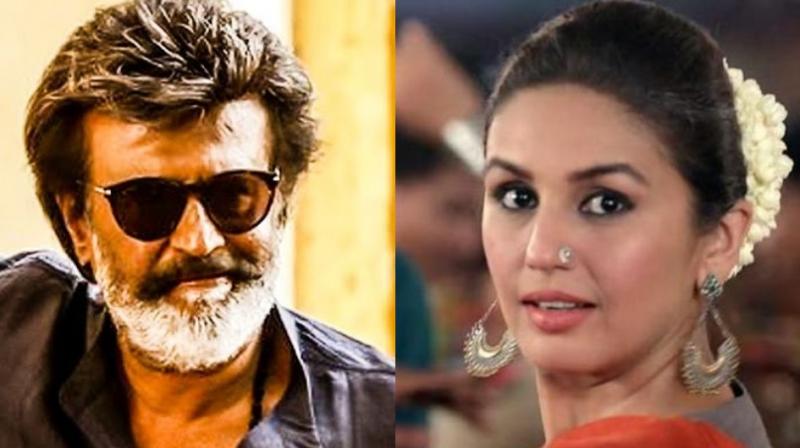 Huma Qureshi and Rajinikanth in ‘Kaala.’

Mumbai: Feeling intimidated while working with Rajinikanth in ‘Kaala’ was obvious for Huma Qureshi, but the actor was surprised by the megastar's down-to-earth nature.

Huma will be seen working with the 67-year-old actor for the first time in Pa Ranjith's upcoming film, which features Rajinikanth as a powerful don living in the slums of Dharavi.

"What I found out about Rajini sir is that he is such a spiritual person, he is so simple. Sometimes, you think the person's image is what he is, but he is far from it. He talks fondly about his past, his journey of becoming an actor from a bus conductor.

"It's nice to know that a person, who has seen massive stardom, is still humble and knows where he comes from," the actor told PTI.

Huma said that despite being one of the most successful stars of India, Rajinikanth does not bring his stardom on the sets.

"I was very intimidated, even before we started working I was aware that he is such a massive star, and I didn't know what to expect. But once we started shooting, I realised what a simple person he is despite being a huge star.

"The director's word is final for him, and I learnt so much by just observing him. Not even for a moment did he carry his stardom on sets," she says.

For her, the journey of ‘Kaala’ began post the release of her 2017 film ‘Jolly LLB 2’ when she got a call from actor Dhanush, Rajinikanth's son-in-law who produced the film.

Huma then flew to Chennai for the narration and fell in love with the story.

Talking abut her experience of working with the film's director, Huma says, "I think Ranjit sir as a director has a strong political voice which comes across in the film, which I personally enjoyed. I like working with people who have some belief. It doesn't have to be my belief but it feels good to be a part of something which is different from the usual stuff happening around."

In a classic Rajinikanth film, there is often little scope for a female character to perform but Huma says ‘Kaala’ is different.

"It is a quintessential Rajinikanth film but at the same time, it is not a film where women are seen in just accessory roles, where you are just singing and dancing and looking pretty."

"They are doing a lot more from a performance point of view. When you see the film, I promise you won't be disappointed," she adds.

Though the 31-year-old actor is tight-lipped about her role in the action-drama, Huma insists it was a challenging feat.

"I never thought I would be able to pull off a character like this had it not been for the support of the entire direction team as I was speaking a language I don't know - Tamil.

"The first three-four days were difficult. You struggle with your lines and try to find a rhythm. For every film, you take four-five days to understand the vision. But credit to the team, I felt at home. It was fun and an amazing learning experience."