Neha Dhupia talks about cricket as her favourite sport and at the same time, she gets candid about venturing into various mediums. 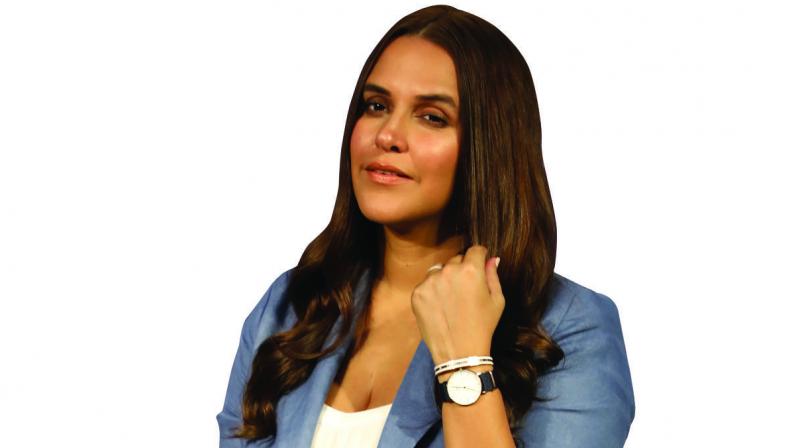 No one in their wildest dream would have imagined that a person could be famous in more than two mediums. But Neha Dhupia not only proves that it is true but at the same time, it is possible.

First, she bagged the title of Miss India in 2002, then made her Bollywood debut in Qayamat in 2003 and then in 2016, she started a podcast #NoFilterNeha wherein she talks with her celebrity friends and digs out stories which listeners have never heard before.

Neha was born in Kochi but pursued her education in Delhi. When asked about that one thing that brings her back to Delhi always, she replies, “Family and work. Apart from that, nothing. My parents and in-laws still live here. These are the two things (what brings me back to Delhi) or a transit flight if I'm connecting from Delhi to another location. She later reveals that it is the Delhi food that she misses in Mumbai adding, “I miss the food of Delhi as it is available nowhere.”

Neha who was recently in the capital for the Daniel Wellington World Cup campaign reveals that she and cricket go a long way back. She says, “I have grown up in a house with my brother and my dad constantly watching cricket and now of course I am married into a cricket household so there is no running away from that.”

She further adds, “When it's mainstream cricket I feel that the whole nation is driven by that. There is no way on 5th (when India plays its first match against the South Africa) when we are actually sitting around, there isn't anybody going to be working because when there is an India game everybody sits and watches it.”

“I am really excited to cheer for India. I love the unity and the enthusiasm that the nation bleeds for the sport. Here's wishing Team India all the very best for the World Cup. #OurMomentisNow”, she echoes. On her and Angad's views on cricket Neha reveals, “Our viewpoints on cricket match but our viewpoints on other things don't match.”

Interestingly, not many know this, but Neha is one of the very few actors that have ventured into acting in foreign language films. Neha in her early days portrayed a character of a popular Bollywood celebrity in the film Nattu Odoru! Ninja Densetsu. Along with that she also portrayed characters in regional films as well. On being asked whether it is a different experience or not, she answers, “It's not different. The medium is the same - action to cut. You are still performing. You are still giving it a 100 %. You only say yes because it's something with your consent that yes you want to be on this project.” She then further adds that irrespective of the medium and language the intensity of hard work remains the same.

She at the end concludes the conversation by giving advice to all the aspirants out there by saying, “Come thoroughly prepared. Everyone around you is fully prepared. You can con the audience into believing anything about yourself, if it's not true. If you are a great dancer, then you've got to be a really good dancer because you are competing against the Tiger Shroff's of the world. But if you are a great actor, then you've got to be fantastic because you are competing against the Rajkumar Rao's of the world. The competition is really out there and it is a tough place.”