The couple had approached the HC for quashing of FIR. 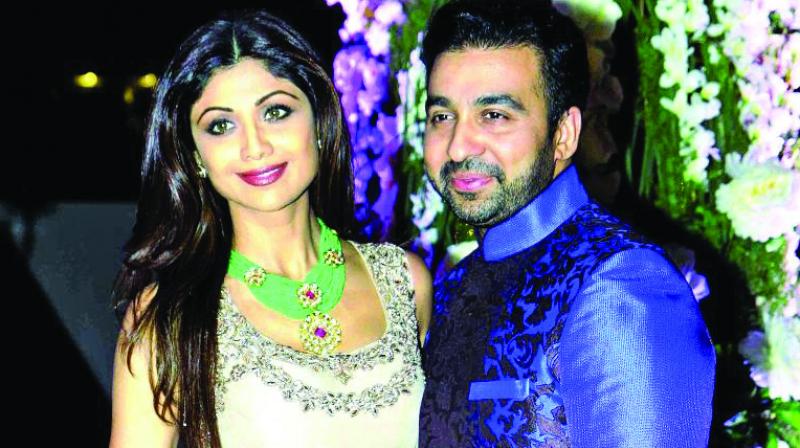 The Thane court had granted interim protection to the couple in a cheating case in May.

Mumbai: The Bombay high court has directed the Thane police against filing a chargesheet against the Bollywood actress Shilpa Shetty and her husband Raj Kundra, in a cheating case being probed by the Bhiwandi police, until further order.

The couple had approached the HC for quashing of FIR, which was registered against them at Bhiwandi for cheating a garment merchant for Rs 25 lakh.

A Thane sessions court had recently granted the couple anticipatory bail. A division bench of Justices R.V. More and Sarang Kotwal was hearing a petition filed by Shilpa Shetty and her husband Raj Kundra to quash the FIR filed against them in the Bhiwandi court for allegedly cheating a garment merchant for Rs 25 lakh.

Advocate Aniket Nikam who appeared before the court for the celebrity couple told The Asian Age, “A payment of Rs one crore has already been made to the complainant. No intention of cheating is reflected in the case. This dispute is absolutely civil in nature and therefore the criminal FIR should be quashed.”

The court directed the police, saying, “Do not file a chargesheet in the case till we hear this petition.” The court also sought the stand of the police on the couple’s plea and has issued a notice to the complainant to reply in the case, adjourning the matter for two weeks.

In the month of May, a Thane sessions court had granted an interim protection to the couple in the case of cheating and criminal breach of trust filed against them at the Bhiwandi police station on April 27. The couple have moved an anticipatory bail application before the Thane court.