Anushka asks Varun a tough riddle, which he manages to answer, thus revealing the title of their film. 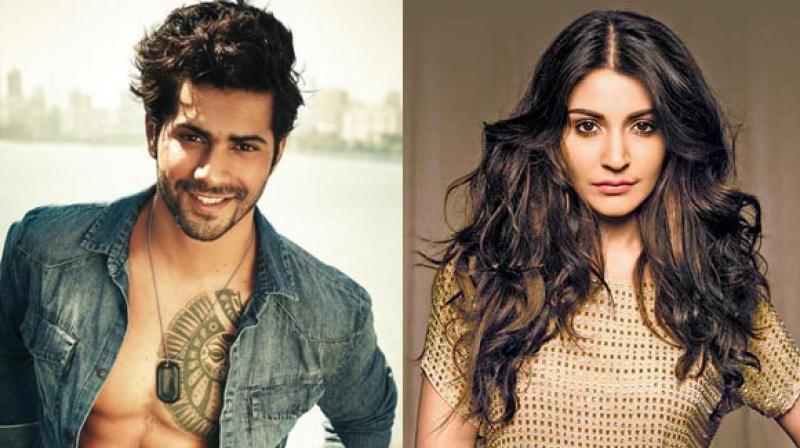 It is perhaps the first time that Anushka Sharma has paired up with a star from the younger generation, Varun Dhawan.

Mumbai: One of the most highly-rated production houses, Yash Raj Films, is definitely living up to its tag.

The production house is undoubtedly on a roll as far as their upcoming projects are concerned.

With two biggies like Aamir Khan-Amitabh Bachchan's ‘Thugs of Hindostan’ and Salman Khan-Katrina Kaif's ‘Tiger Zinda Hai’ already on the floors, the production house has also decided to back films with relatively younger faces.

While the team announced on Monday that ‘Ishaqzaade’ pair Arjun Kapoor and Parineeti Chopra are back together with Dibakar Banerjee's 'Sandeep Aur Pinky Faraar', they have also cast a fresh pair, Varun Dhawan and Anushka Sharma, in a new film ‘Sui Dhaaga- Made In India.'

The lead pair indulged in a fun Twitter conversation in Hindi to announce the film.

Anushka asks Varun a tough riddle in Hindi, about Mauji Bhaiya and increasing and decreasing size of 'pooch' (tail), for which he says he would need a helpline and that he would reveal the answer only at 12 am.

At midnight, the actor reveals the answer, which turns out to be the title of their film, ‘Sui Dhaaga’.

सुई धागा। is the answer anushkaaaa @AnushkaSharma. I know this answer is extremely special to you.

Varun concludes by saying that he was so happy with Anushka's full marks that he was off to sleep and echoed her views of having fun while making the film.

While Anushka was launched by the production house, this film will be the first time that Varun will be working with Yash Raj Films.

Here’s the official statement from the production house: