The movies will also face competition from Kamal Haasan’s ‘Vishwaroopam 2’ if they sustain till next week. 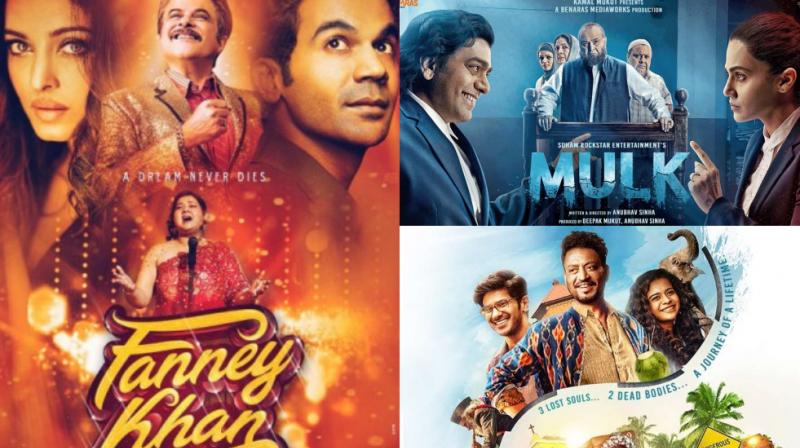 Among the three movies, most had expectations from ‘Fanney Khan’ especially since Shah Rukh and Aamir Khan too had joined the promotions, and the next most eyed film was Dulquer Salmaan’s debut film ‘Karwaan’.

However it was Taapsee Pannu and Rishi Kapoor’s underrated movie ‘Mulk’ which took everyone by surprise with unanimous praises and decent box office collection for a movie made on a smaller scale as compared to the other two.

The film which was expected to make the most ‘Fanney Khan’ actually turned out to be the worst performer among the three as it managed to make merely Rs. 2.15 crore on the opening day as compared to its budget.

‘Karwaan’, according to a report on Box Office India, collected only Rs. 1.45 crore but is expected to grow over the weekend.

Similarly with ‘Mulk’, the movie minted Rs. 1.55 crore and is sure to do double over the weekend considering the praises it has received from all corners.

If at all any of the movies can hold at the movie theatres till the next week, they will also have to face tough competition from Kamal Haasan’s ‘Vishwaroopam 2’.