The series between India and England is being fought for the Pataudi Trophy. 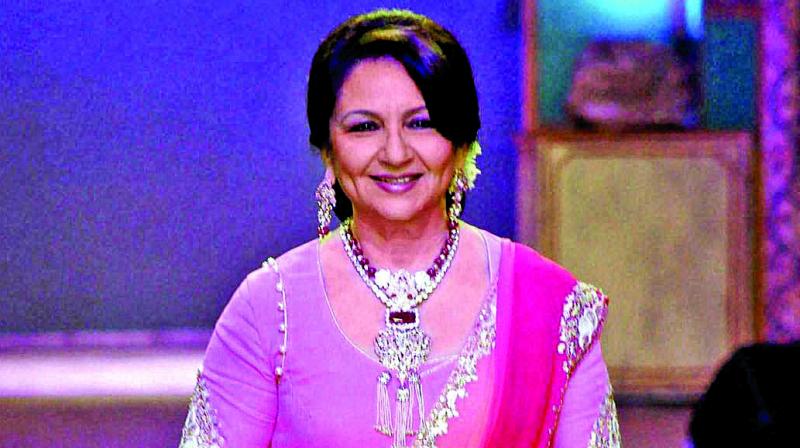 Former Indian cricket captain Mansoor Ali Khan Pataudi’s wife Sharmila Tagore reveals that she plans to travel to London to watch the fifth and final test match between India and England from September 7 to 11 in their fight for the Pataudi Trophy.

In an exclusive telephonic chat, she says “I will go for the Oval test match.” The Pataudi Trophy, named after the late cricketer, was commissioned by the Marylebone Cricket Club in 2007 to commemorate the 75th anniversary of India’s first test match played in 1932.

Surprisingly, no mention of this trophy has been made in the media so far. But Ben Walker, Senior Communications Manager of the England and Wales Cricket Board, confirms that it will be handed over to the winner of the test series.

“I can confirm that the Pataudi Trophy will be presented at the end of the series being played at the Kia Oval,” he says.

Proud and happy
Meanwhile, Virat Kohli's family is celebrating the Indian captain’s century. "We are all very proud and happy with his innings," says Virat’s brother Vikash from Delhi.
"On previous occasions, questions have been raised about his batting abilities, but we did not have the slightest doubt,” he adds.

Century Celebration
Virat kissed his wedding ring after scoring a century, dedicating his tonne to wife Anushka Sharma. Of his celebration, Vikash says, “Virat is a professional cricketer, and that’s was his personal way of celebration. Anushka is a great motivator."