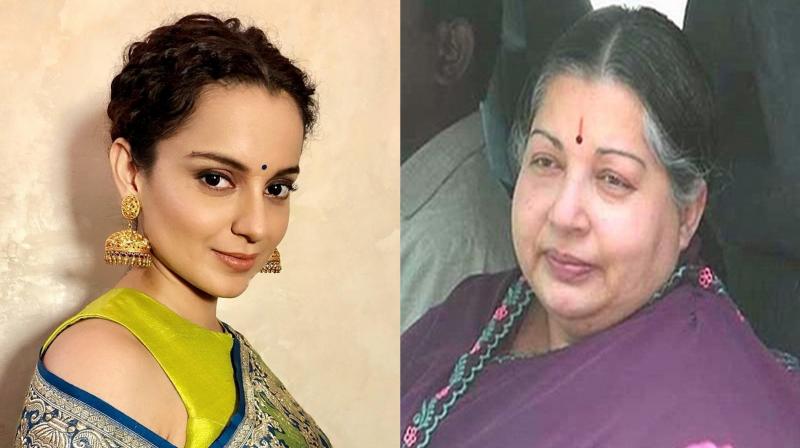 New Delhi: Kangana Ranaut who is known for her stellar acting is currently busy preparing for her role as former Tamil Nadu chief minister Jayalalithaa, for a biopic of the late leader. The film is titled 'Jaya' in Hindi and 'Thalaivi' in Tamil.

The 'Judgementall Hai Kya' actor has been spotted taking Bharatnatyam classes regularly as she will soon shoot a grand song for the film with over 100 background dancers. The song will be choreographed by renowned South Indian choreographer Gayathri Raghuram.

In accordance with the period the track is set in, the song will have a distinctly retro vibe. Going by her diligent rehearsals, it looks like Kangana is all set to deliver a song which will set new benchmarks.

The film is being helmed by AL Vijay and has been written by 'Baahubali' and 'Manikarnika' writer K.V. Vijayendra Prasad and 'The Dirty Picture' and 'Once Upon a Time in Mumbai' writer Rajat Arora.

The 32-year-old actor will next be seen in 'Panga,' which has been directed by Ashwiny Iyer Tiwari. Jayalalithaa served as the chief minister of Tamil Nadu for over 14 years and was an actor before entering politics. The AIADMK leader left countless supporters bereaved when she died in 2016 at the age of 68.