Kartik is the same: Nushrat Bharucha 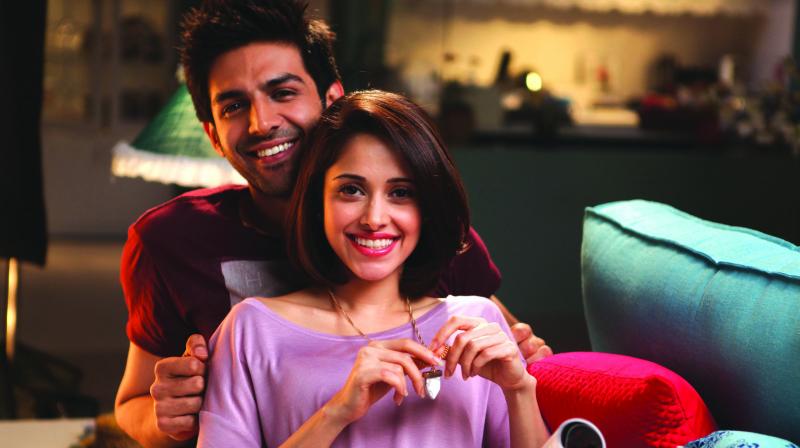 Nushrat Bharucha is gearing up for her next film Dream Girl opposite Ayushmann Khurrana. The bold and blunt actress, who often plays a villain or a unique character in her films, says this film is totally her space.

“The fact that I am not the Dream Girl was not shocking because of the kind of roles that I have done before. I have only picked roles which you don’t expect the commercial heroine to play. I don’t come from any space where I feel the film should be based on me,” says the actress. “I don’t think that this is my image now, so let's break this and try this. I think that my films did well, but there were some films that didn’t do well. But by default, I have got that image because of the work that I have done,” she explains.

Nushrat has done four films with Kartik Aaryan, including Pyaar Ka Punchnama, Pyaar Ka Punchnama 2, Akaash Vani and Sonu Ke Titu Ki Sweety before he became a star. However, the actress says that he has not changed. “Somebody said that ‘success doesn't change you, it truly reveals who you are,’ so I think that he has always been this person. It is now that he is successful and lots of people are seeing him. I have known him for eight years, and I know he is mad, he is fun and a prankster. It just took success for him to also become the person that he is on a larger platform to a larger audience. I don’t think he has changed, but we are doing our own films, and you don't see us spending time together, but that is the only practical thing that has changed. Apart from that, we both are busy,” she explains.

Her mentor Luv Ranjan, who gave her a huge hit with Pyaar Ka Punchnama, is now on the Me Too scanner. While Deepika Padukone has made it clear that she wouldn’t work with anyone accused in the movement, Nushrat penned a letter after Luv’s name broke out.

When asked about her views, she said: “This happened some time back, and, of course, I have done four films with him and I know him as a person and director far longer than anybody else. I have written a two-three-page open letter on this matter with my thoughts, my stand and what my experiences were. So I have said whatever I wanted to, and its something I needed to put out then personally. It has a lot of emotion and truth in it.” In her letter, she had written that she has “never ever been uncomfortable, even remotely suggestive in nature”.

“I have also personally never heard anything of this nature about him from anyone, anywhere. He has actually been our go-to guy for everything, and has never failed us,” she wrote.