The Kapoors get emotional

Boney, Janhvi, and Khushi Kapoor looked sombre at the unveiling of the Sridevi wax figure at Madame Tussauds in Singapore. 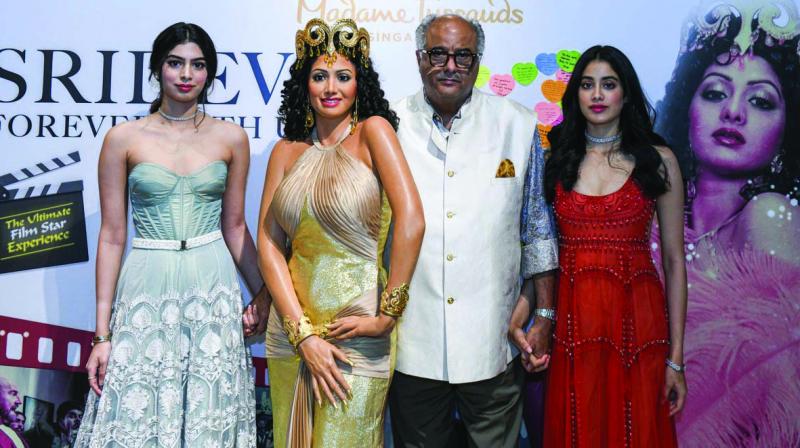 The announcement for the unveiling came on August 13 this year, the late actress’ birth anniversary.

Sridevi's iconic ‘Hawa Hawaai’ number from Mr. India was chosen as the theme for her wax figurine at Madame Tussauds in Singapore, which was unveiled by her highly emotional husband Boney Kapoor and daughters Janhvi and Khushi. The announcement for the unveiling came on August 13 this year, the late actress’ birth anniversary.

Additionally, the museum also displayed messages from fans on their wall at the inauguration. “Sridevi lives forever, not just in our hearts but also in the hearts of millions of her fans. Eagerly waiting to watch the unveiling of her figure at Madame Tussauds, Singapore,” Boney wrote on social media on the occasion.