The 'Kick' actor not only did Ganesh aarti with nephew Ahil but also shook legs with the crowd at Ganesh Visarjan. 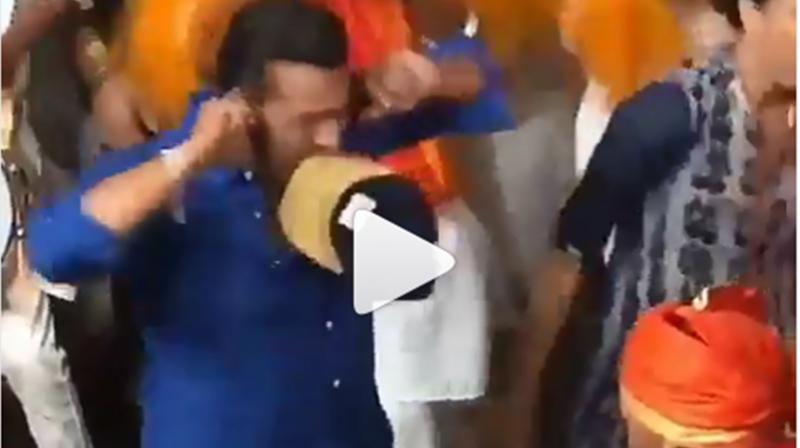 Mumbai: Bollywood actor Salman Khan, who is considered as one of the most joyful celebrities in B-town, has joined sister Arpita Khan Sharma and brother-in-law Aayush Sharma for Ganesh Visarjan on the second day of Ganpati festival.

The 'Kick' actor not only did Ganesh aarti with nephew Ahil but also shook legs with the crowd at Ganesh Visarjan. The video of Salman Khan doing Ganpati dance went viral on social media.

In these videos, Salman Khan can be seen dancing like there is no tomorrow. Interestingly, divas like Swara Bhasker and Daisy Shah have also seen shaking legs with the star. The Bhaijaan of Bollywood matched steps on the dhol-tasha beats and celebrated the festival with full fervour.

Meanwhile, on the work front, Salman Khan is currently busy shooting for his next, Dabangg3. Helmed by Prabhudheva, Dabangg 3 also stars Sudeep, Sonakshi Sinha and Arbaaz Khan in pivotal roles. It is scheduled to hit theaters on December 20, 2019.