In a quick chat, Zaira opens up about life after Dangal, never wanting to move out of her Jammu house and her supportive parents. 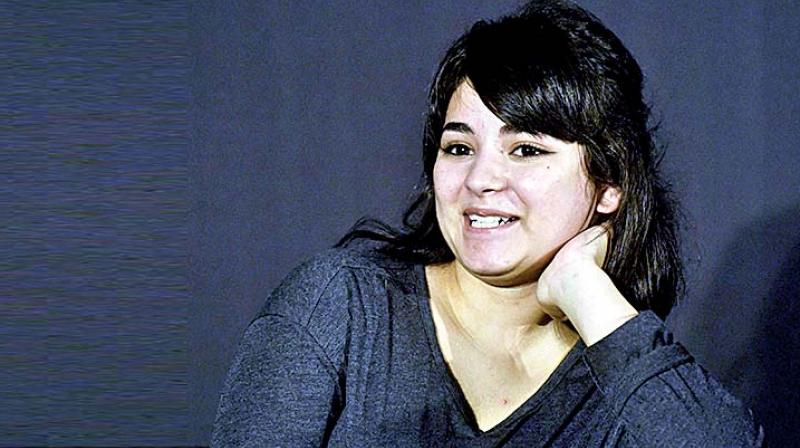 Barely 16, Zaira Wasim has already tasted success with her debut film Dangal. And now, the girl who became a household name, playing a budding wrestler, is gearing up for the release of her new film, Secret Superstar.

Reminiscing about the success of her debut movie, Zaira says she was taken aback by Dangal’s success. “It feels surreal,” she explains. “All of this happened so suddenly, that I wasn’t able to register it, in fact. I needed a week or a month to look at all these memories. But life didn’t change much; it’s pretty much similar to what it was before Dangal. Apart from the fact that there are a lot of people who want to talk to me, and click pictures, nothing more has changed.”

She adds that she’ still adjusting to the changes. “I do enjoy all this, but I’m the kind who gets nervous when there are people around me. So I do get taken aback. I’m still learning to overcome the nervousness,” she smiles.

Hailing from Jammu, Zaira says she has no plans of shifting base to Mumbai, even while she has some great projects in hand. “I can’t even think about leaving Jammu, my home. I’m very attached to Kashmir and wonder if I’ll ever be able to leave this place. Mumbai is good, but I would never pick Mumbai over Kashmir. “That said, I would love to play a Kashmiri character. I haven’t been approached so far, but I hope to get a role soon.”

Zaira comes from a non-filmy background, but she’s aware of certain perceptions people have about the industry. “When I speak to them, maybe I’ll be able to change their perception a little. They think it’s a cakewalk. I don’t think people take it in a derogatory way, but I know they believe that the life of an actress is very luxurious. I don’t agree with it, and it’s certainly not a cakewalk,” she asserts.

Secret Superstar is a story of a small town girl, who wants to be a world-famous singer. However, her own father becomes an obstacle for her. But Zaira says that she couldn’t relate to the character, as her parents always gave her a free hand.

“I come from a family where the girl child is pampered a lot. In fact boys could be ignored, but girls are treated like queens. In my family, they are given the liberty to make their own decisions. My family has been very supportive and encouraging. My father is very loving and possessive about me, so I couldn’t connect with the character and her surroundings. My father never hit me or yelled at me, like my character’s did in the film,” she smiles.