Kabir hasn’t been seen at Salman’s residence lately. They’re unlikely to work together again after Tubelight. 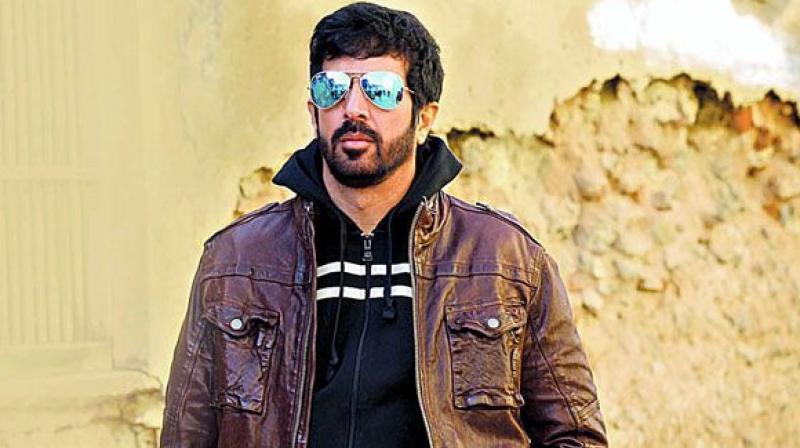 Salman Khan is known in the industry for being the thickest of all friends. That is, until you have a falling out with him. A close friend puts it, “It’s not as if Salman doesn’t allow his friends to have a mind of their own, it’s just that they’re not allowed to express it!”

It looks like director Kabir Khan is on Sallu’s no-friend list. The latest fallout seems to have happened after the Bajrangi Bhaijaan director didn’t react positively to all of Salman’s inputs on the sets of Tubelight in Ladakh. Says a source, “These days, Salman likes to have his say from behind the camera. He’s become the director’s director. Most filmmakers accept the fact when they sign Salman that they bring his ideas on shooting, editing, and post-production to the set. Kabir, it seems, put an end to Salman’s ‘suggestions.’ Many a times, the director let it be known that he is not willing to be a yes man.”

Though Kabir has constantly rubbished news of any tiff, his social engagements at Salman’s residence have fallen drastically. Continues the source, “Kabir hasn’t been seen at Salman’s residence lately. They will, of course, complete Tubelight together, but they’re unlikely to work together again.”

Sallu’s latest blue-eyed boy seems to be Sultan director Ali Abbas Zafar, who has been assigned to do the Ek Tha Tiger sequel.

History is witness to the fact that Bhai doesn’t take kindly to friendly arguments either. It had been rumoured once that he even slapped a veteran filmmaker for trying to refute his will on the sets. Another infamous legend talks about the actor allegdly heckling director Subhash Ghai in a public men’s room, disgusting him with liquid largesse. Both the filmmakers, though, still continued their association with the one-man industry of Bollywood.

Once upon a time, Sanjay Leela Bhansali held Salman’s attention, alongside Sooraj Barjatya. Sanjay, who had made Khamoshi: The Musical and Hum Dil De Chuke Sanam with the actor fell out of favour with the superstar allegedly by working with Shah Rukh Khan. SLB and Khan did, however, make up briefly enough for the actor to make a cameo in Saawariya.

With Sooraj Barjatya, matters became complicated when the Barjatyas — pure vegetarians — were dragged into the blackbuck incident in Jodhpur, during the shoot of Hum Saath Saath Hain. But Sooraj signed Salman after 10 years for Prem Ratan Dhan Payo, to revive Rajshri’s lost glory.