I’m not dead: Tharoor after channel mistakes him for late Shashi Kapoor

This made everybody scratch their heads, and of course, it led to immense trolling of the news channel. 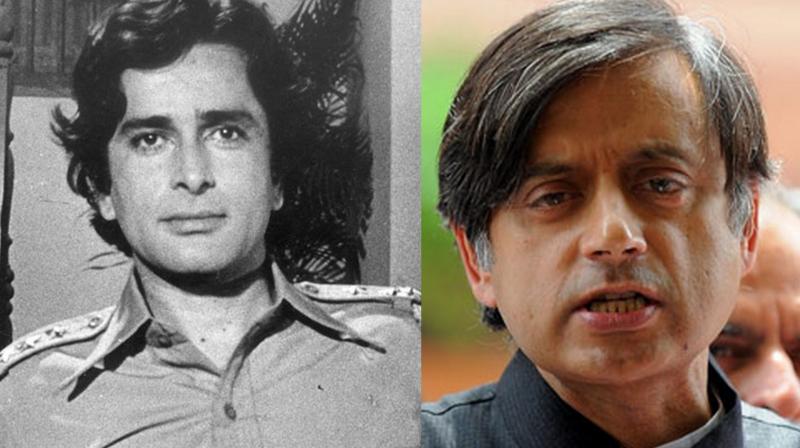 Mumbai: Veteran actor Shashi Kapoor breathed his last on Monday. The 79-year-old actor is being remembered by all celebrities. Amongst these celebs was filmmaker Madhur Bhandarkar, who spoke to a leading news channel. The news channel claimed that Madhur said Shashi Tharoor is one producer who got parallel cinema on the front.

This made everyone scratch their heads, and of course, it led to immense trolling of the news channel.

And then finally Tharoor also mentioned on Twitter that he has been getting condolence calls and that it was premature of the news channel to tweet so.

We're getting condolence calls in the office! Reports of my demise are, if not exaggerated, at least premature. @TimesNow #ShashiKapoor https://t.co/nbtZGcdQTa

In fact even Omar Abdullah gave a witty reply for the same. Here’s what he wrote:

As much as some of these channels dislike me they’ve never killed me off. You have a unique distinction here Shashi 😀

Tharoor, however offered his heartfelt condolences.

I feel a part of me is gone. A great actor, smart, cosmopolitan, impossibly handsome & w/a name that was often confused w/mine. (My office got two calls from journalists today about my reportedly serious ill-health!) I will miss #ShashiKapoor. Condolences2his family&all his fans pic.twitter.com/fSz3jafPZJ