I’m not dead: Tharoor after channel mistakes him for late Shashi Kapoor 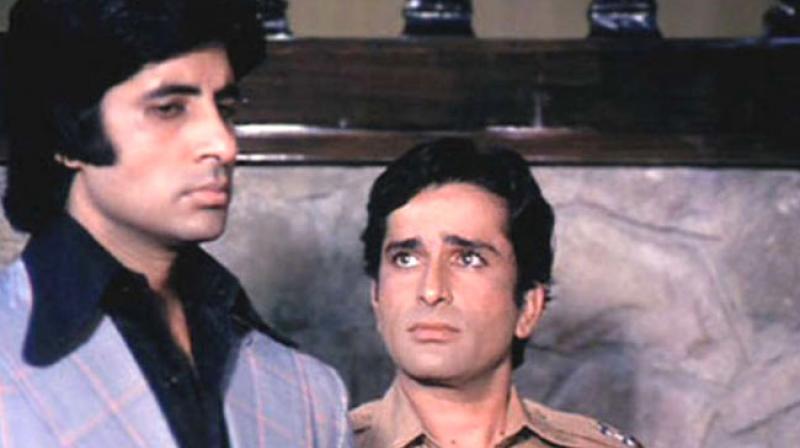 A still from 'Deewar'.

Mumbai: Shashi Kapoor, one of the most glamourous stars Bollywood has hosted, breathed his last on December 04, succumbing to a prolonged ailment.

However, the actor’s legacy is far from over. Having inspired multiple generations of aspirants to take up the highly sought after profession, some of his iconic performances still breathe life into his fans.

Most prominent of all has to be his sensational riposte to a very angry Amitabh Bachchan in Yash Chopra’s ‘Deewar’.

‘Mere Paas Maa Hai,’ still is a household phrase, an immortal part of Indian pop cult, much like the star himself.

Born as Balbir Raj Kapoor, he has appeared in multiple Bollywood films alongside some English language ones.

The youngest son of Prithviraj Kapoor, Shashi Kapoor was honoured with the coveted Padmabhushan by the government of India in 2011. He was also awarded the Dadasaheb Phalke award in 2014.