Entertainment   Bollywood  05 Jan 2018  No, Deepika Padukone and Ranveer Singh are not getting engaged today
Entertainment, Bollywood

No, Deepika Padukone and Ranveer Singh are not getting engaged today

Fans’ excitement will be short-lived as an official from Ranveer’s team has denied the news, according to a report. 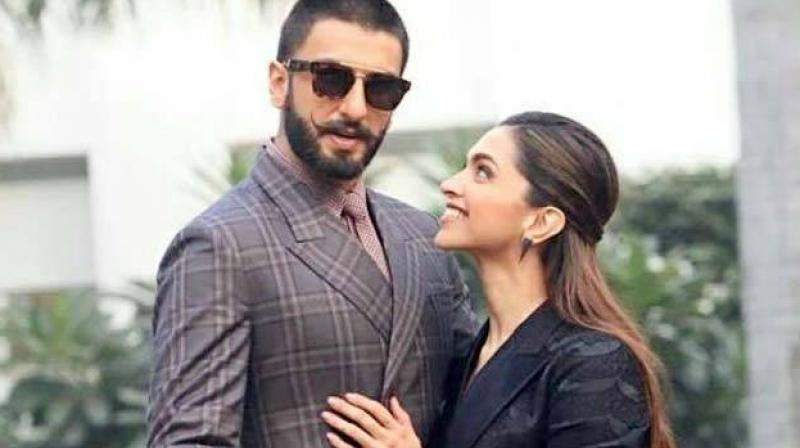 Ranveer Singh and Deepika Padukone will not share screen space in 'Padmavati.'

Mumbai: Be it their special words for each other, indulging in PDA or regularly getting snapped together, Ranveer Singh and Deepika Padukone, have always been a part of headlines for their relationship.

After the hush-hush yet grand wedding of Virat Kohli and Anushka Sharma, the next ‘eligible couple’ in B-Town is undoubtedly this 'Padmavati' pair.

Ranveer and Deepika reportedly had celebrated the New Year’s together in Sri Lanka, the former getting snapped with another B-Town couple Tiger Shroff and Disha Patani and ‘confirming’ the news.

On Thursday, speculation surfaced that the couple are getting engaged in the neighbouring island on Friday, the actress’ 31st birthday.

Fans’ excitement will be short-lived as an official from Ranveer’s team has denied the news, according to a report in Mumbai Mirror.

The report also claimed that the couple were not in Sri Lanka for New Year’s, but in Maldives along with their respective parents since December 28.

The two families arrived in Sri Lanka only on Thursday and will celebrate the occasion, the birthday, we mean, in the country with snorkeling and more such activities.

After Anushka denied reports of her marriage before tying the knot few days later, Ranveer-Deepika fans might not want to believe the news at face value yet.