The film that chronicles the ups and downs of Sanjay Dutt, is set to hit the screens on June 29th, 2018. 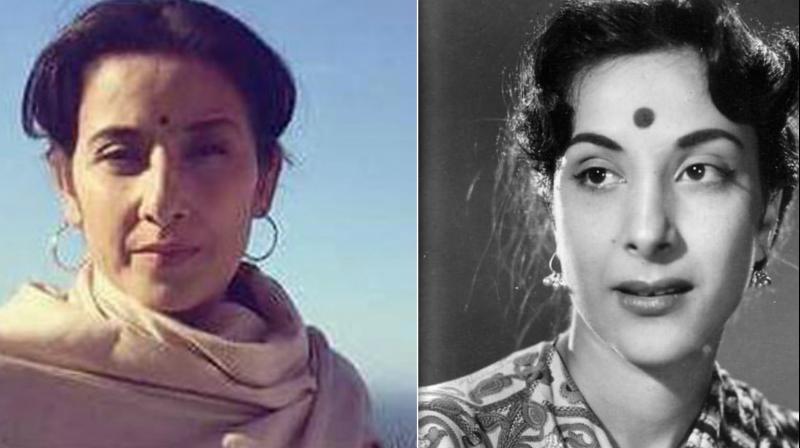 Mumbai: Sanjay Dutt’s yet untitled biopic, which features Ranbir Kapoor in the lead role, is certainly one of the much-awaited releases of 2018. So far, apart from Ranbir’s look in the film, nothing much has been revealed about it, not even the title. The few pictures of Ranbir’s different looks created huge buzz around the film. Now recently, Manisha Koirala’s look has been leaked where she looks quite similar to Sanjay Dutt’s late mother Nargis Dutt.

It looks like Manisha has got the essence of her character very well, as she appears to be a perfect replica of late actress.

The film that chronicles the ups and downs of Bollywood’s biggest star Sanjay Dutt, is set to hit the screens on June 29th, 2018.

Directed by Rajkumar Hirani, the film also stars Paresh Rawal, Anushka Sharma, Vicky Kaushal, Dia Mirza and Sonam Kapoor amongst others, the film is one of the most awaited flicks of 2018.