Saifeena to walk the LFW ramp next year, confirms Kareena

On the work front Kareena is all set for the release of her upcoming film ‘Veere Di Wedding’. 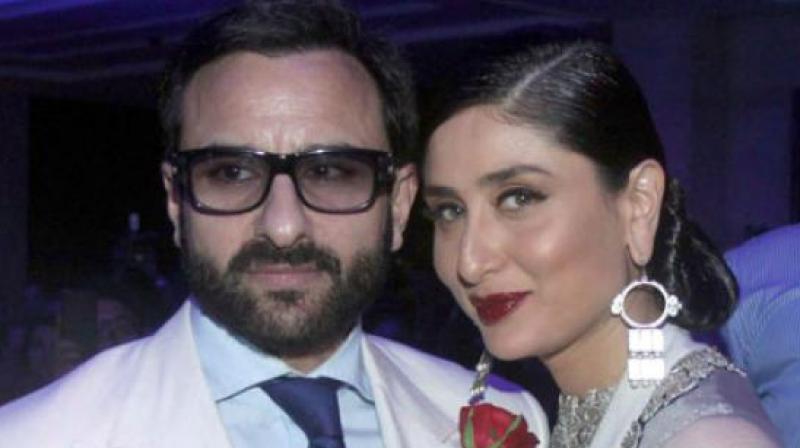 Mumbai: Kareena Kapoor Khan has always been the face everyone awaits avidly at the end of every Lakme Fashion Week. From walking the ramp for Sabyasachi while she was still pregnant to shooting an ad campaign that emphasises diversity, the brand ambassador for Lakme has always been an inspiration.

When she stepped out in an Anamika Khanna outfit at the grand finale of Lakme Fashion Week 2018, Kareena looked the very epitome of class and poise.

After a dazzling show that left the audience spellbound, the actress and designer took some time to answer a round of questions for the press.

It was here that the actress made a revelation that made many a fan's heart go pittypat.

When asked about what Saif had thought about walking the ramp earlier for designer duo Shantanu and Nikhil, she said, "Well his only question was to say 'how come I'm not the brand ambassador for Lakme?' I think he's just jealous that his wife is brand ambassador," Kareena laughed, and then announced, "Next season, it's together. Purnima (Lamba, innovation head of Lakme) has just said that she will have husband and wife together at the grand finale!"

Here's something else for use to look forward to!

On the work front Kareena is all set for the release of her upcoming film ‘Veere Di Wedding’, which also stars fellow fashionista Sonam Kapoor.

While everyone adores Sonam's dressing style, Bebo exclaimed that there is only one person she adores, "I only adore my son and no one else," smiled the new mother. And why not? Taimur is a paparazzi favourite after all!