Ranveer is at his hilarious best as he brings about Lagaan references in the game of ice cricket. 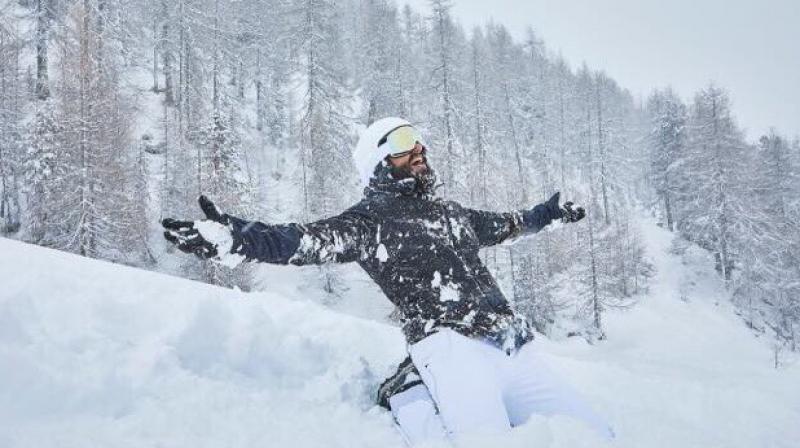 Mumbai: Ranveer Singh seems to be taking his role as the Indian brand ambassador for Switzerland a bit too seriously.

The actor seems to be loving his time in Switzerland, where he has been stationed over the last few days. The actor, who had shared a video of going ‘faster than a bullet’ while bobsleighing in St. Moritz and another video where he is ‘dashing through the snow’ on a toboggan, has now taken to cricket and not just any other cricket.

Ranveer shared another video from St. Moritz, this time playing cricket in the ice along with his photographer friend Rohan Shrestha.

The actor is just too good with his commentating skills as he introduces the weather, the conditions and the bowler. His batting skills are no less either as he even gets into sledging with Rohan during the match.

In a hilarious twist, we see ‘Lagaan’ references with a man saying that he would give ‘Dugana Lagaan’ to Ranveer if he wins the match. And like it happens in the film, Ranveer hits a six off the last ball of the match, and the song ‘Chale Chalo’ plays as he celebrates the victory.

These are some other videos of his experiences in the country: