Salman Khan has filled the character life and individuality that no other actor can ever take its place. 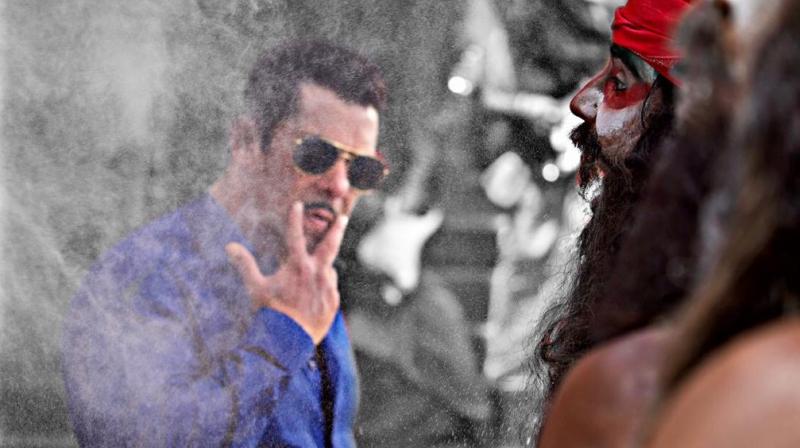 Mumbai: Offering a huge surprise to fans across the nation, Superstar Salman Khan announced the wrap of the title song of the highly anticipated Dabangg 3, with a picture from the sets.

Loved and known for the signature step, the song Hud Hud Dabangg is an anthem for his fans, the completion of the song shoot is definite to start the countdown for the famous track.

The team started the shoot on March 30th in Madhya Pradesh and has already wrapped the song shoot, leaving the fans excited with timely sneak peeks from the sets.

Dabangg has amassed immense popularity amongst his fans as well as earned a prestige of a cult classic in the Bollywood film industry. The actor's look with his aviator glasses and the iconic blue shirt has been a part of both the sequels and now, can also be seen in the upcoming Dabangg 3.

Chulbul Pandey has earned an iconic status in Bollywood ever since the first look hit the nation. Salman Khan has filled the character life and individuality that no other actor can ever take its place. The action comedy has begun its shoot at various locations of Madhya Pradesh.

Dabangg 3 is a prequel, which brings forth the back story of Chulbul Pandey, who will be shown as a local goon with a heart of gold as a prolonged flashback will cover his metamorphosis into a Robin Hood cop.

Directed by Prabhudeva and produced by Arbaaz Khan productions. The film stars Salman Khan and Sonakshi Sinha in the leads.