The Parmanu actor has his own set of rules and principles and he ensures he follows them come what may. 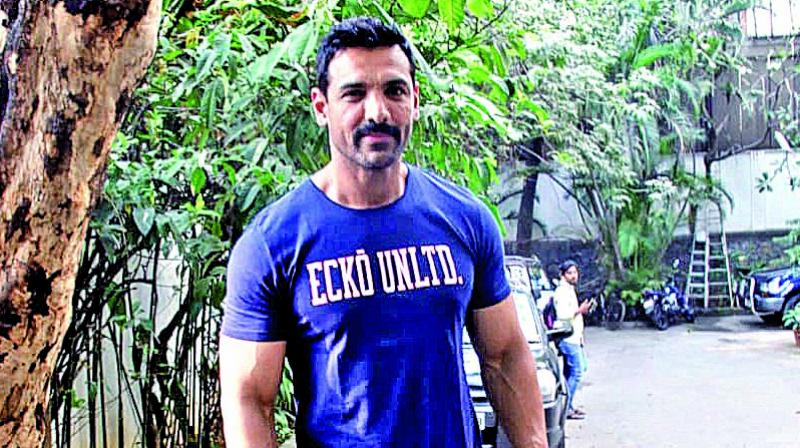 Model turned actor John Abraham has created a space for himself in the film industry. The actor is comfortable telling stories that he believes in and is not in a rat-race to prove anything.

John says, “I have created a space for myself and I want to live there because if you conform to a certain style or culture then you land up at every party or in a camp and I am not a follower. I don’t know how to do that. I don’t know how to follow people, I don’t know how to belong to camps. I don’t understand that culture because it doesn’t exist in my head, which is why I do my kind of films. I don’t go to any director with my hands folded asking a film because I believe I can create my own content.”

In this social media madness, John is barely active on any platform and he has a valid reason. “I keep myself private and what’s the point if I am constantly putting things on Instagram all the time? That’s what the problem is today... there are so many social media stars but what have they really done in cinema? Have any of their films impacted you? The answer is probably no,” says John and adds, “So, I think it is important to let your work do the talking. It is easy for me to stand bare bodied on social media and keep shooting… I can do 40 different exercises bare bodied but that’s not what I want to do.”

The Parmanu actor has his own set of rules and principles and he ensures he follows them come what may. Forget parties, John is not even seen attending award functions. “I don’t respect awards at all. How can you have an award called ‘Best Social Media Internet Star?’ I have zero respect for awards and they know (it). Because I disrespect them, they don’t even nominate me. If you ask me Parmanu is worth many nominations but we wouldn’t be nominated because of my total disrespect for every award barring the National Award maybe.”

“You all know it’s a laughing stock! Still, we go for it and still, we have pan masala brand endorsing the award. Imagine where is our credibility gone today? To the dogs? But, that’s the lifestyle choice. You have chosen to dance at weddings, you deal with it,” he adds.

From his modelling days to now, John has matured as an actor. The actor reveals how things changed for him after he became a producer with Vicky Donor.

“I started doing modelling after my MBA so I was always very politically aware. Since I have done marketing, I knew if you have to sell your product you have to sell the USP of the product. I was a product and it was about my physicality. I used my physicality to a point where I had to sell myself... then I decided what I really wanted to do. If you notice, after I became a producer, the level of (my) performance has gone completely different from (the time) before I became a producer. There has been a certain maturity in the performance because I am convinced about myself,” says the actor.

John, who will now be seen in RAW, believes that these days audiences are attracted towards real stories.

He reveals, “Doing a film like this is not by design, it’s by default. I work on the scripts that appeal to me. The fact that I am doing Pagalpanti will tell you as an audience that what I love, I just do it. RAW just blew my mind. It’s not a stereotypical patriotic film, you will know it once you watch it.”

“The audience is very attracted to real stories they want to see true stories because the fact is always stranger than fiction. It’s easier to present something that’s real,” he concludes.