'James Bond' and 'Housefull' series have this common connection; read what

Akshay Kumar and Riteish Deshmukh Housefull 4 is all set to hit theatres this Diwali. 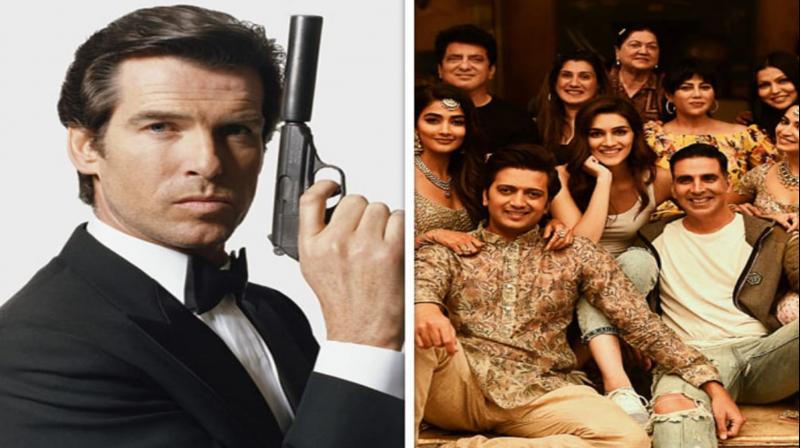 Mumbai: Sajid Nadiadwala's Housefull franchise shares a unique connection with the much loved Hollywood series of James Bond as both the movie series are shot in London.

Like every James Bond film terminates in an entertaining action sequence in the capital of UK, Housefull has also showcased fondness for the metropolitan city of London.

The most famous secret agent has London as an exquisite location even after the decades of the story surrounding the city.  Even Sajid Nadiadwala’s Housefull franchise which stars Akshay Kumar and Riteish Deshmukh have a strong London connection. Not only this, right from Housefull to its second and third instalment and now Housefull 4 has a London setting.

Sajid Nadiadwala loves the city personally and professionally. The producer who has previously gone holidaying to the city loved milieu and ambience. The beautiful outdoors not only simply stands out but also bring glitz and glamour on screen. The filmmaker has always treated the audience with the captivating natural beauty with Housefull series.

Revisiting London for Housefull 4, Sajid Nadiadwala says, “London has always held a special place in my heart. Also, when it comes to the Housefull franchise then London is an inseparable element. There is certain vibe around the city that augurs so well with the stage and setting that Housefull demands.”

Just like the James Bond series, Housefull which has always been a big ticket film is worth watching in theatres for its majestic grandeur and whole canvas. The Franchise happens to be the costliest amongst Sajid Nadiadwala’s many productions.

In Addition, Sajid Nadiadwala said “Housefull means a house full of masti, mazaa, vibrancy and energy, something that London stands for as well. Audiences have traditionally loved what the city and its people have to offer on screen in the film and we are taking that forward with Housefull 4 too”.

Just like the masterpieces Sean Connery, Roger Moore and Pierce Brosnan have been known amongst many other Bond heroes and has been London based. Similarly, Akshay Kumar and Riteish Deshmukh Housefull 4 have found its heart in London. The film is all set to hit theatres this Diwali.