Sidharth Malhotra to do a web series?

The Batra biopic, tentatively titled Shershah, is being produced by Karan Johar and Shabbir Boxwala and is being directed by Vishnuvardhan. 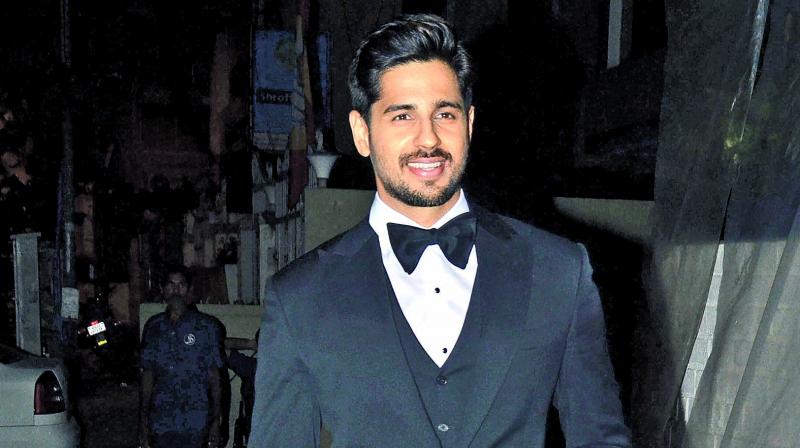 Rumours about Sidharth Malhotra doing a web series is doing the rounds. In an interview a few months ago, the actor had mentioned that he had come to Bollywood to be a Hindi film actor because of the lure of the big screen and he wasn’t keen to work in a web series. But now, with the biggies like Akshay Kumar latching on the web-wagon, Sidharth seems to have changed his mind.

“Yes, he has been approached for a web series but he and his team have not yet decided on whether they should sign up or not. Right now he is working on the Vikram Batra biopic after wrapping the shoot of his other films Marjaavaan as well as Jabariya Jodi,” says a trade source.

The Batra biopic, tentatively titled Shershah, is being produced by Karan Johar and Shabbir Boxwala and is being directed by Vishnuvardhan. The film is going on the floors in a few days from now.

Sidharth has already started undergoing training for the same and the actor will be seen sporting different looks for different timelines. Talking about the same, Sidharth says in a statement, “I am excited to play this real-life heroic story of sacrifice and valour, it is something I have not done before. I am looking forward to shooting at all real-life locations.”

Shershah will be shot for 70 days across Chandigarh, Kashmir, Ladakh and Palampur which is his hometown.

We await his reply on getting entangled in the web.