Director Vivek Agnihotri talks about his film, its conceptualisation and the support he received from Shastriji’s family. 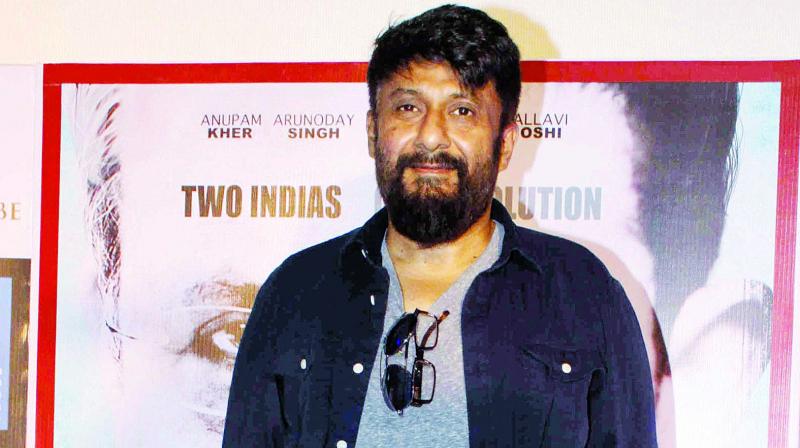 Director Vivek Agnihotri, who made his debut with Chocolate: Deep Dark Secrets (2005) and went on to make films like Dhan Dhana Dhan Goal (2007), Hate Story (2012) and Junooniyat (2016), is now coming up with The Tashkent Files.

Talking about how the conceptualisation of the film came into being, he says, “About three-four years ago, while turning the pages of a newspaper, I noticed that being 2nd October, everybody was writing something on Gandhiji (Mahatma Gandhi’s birth anniversary) on Facebook, Instagram and everywhere. I asked my son, who was sitting beside me, ‘Do you know today is Shastriji’s birthday?’ My son questioned back, ‘Who is Shastriji?’ I angrily questioned him back, ‘You go to the best school in Mumbai and you don’t know about him?’ It is then that I tweeted about Shastriji. After a few hours, when I reached my office, my inbox was full and everyone was asking me to make a film on Shastriji. Everyone said, ‘make a film on his mysterious death’.”

“I had heard that there was some mystery. My assistants searched (about Shastriji’s death) and found some loopholes. Thereafter, I and my wife Pallavi Joshi became the whistleblowers. We filed over 20 RTI (Right To Information) applications. We received a similar reply from the Ministry of Home Affairs, Foreign Ministry, National Archives, PMO and other offices — they don’t have any documents related to former Prime Minister Lal Bahadur Shastri’s death. It was then that my ears raised. It is not about Shastriji’s death, it is about the system. What kind of democracy are we living in? Our second Prime Minister goes out of the country after a war, which was not an ordinary war. We had faced a humiliating defeat in 1962, the Army was demoralized. He goes to Tashkent, which is in USSR, the cold war is going on... He goes there to sign the treaty. Even after the third, fourth and fifth day, no proper negotiation was done. On the sixth or seventh day, he keeps negotiating. He comes back and dies. In Uzbekistan, it was chilly winter. In that freezing cold, his body was (kept) in the air-conditioner. His body was swollen, had blue cuts and blood was pouring out. All his supporters at the Palam Airport started saying that it is a murder and that they want a postmortem to be conducted,” he adds saying that he has shown one or two facts in the film.

Stressing on the support he received from Shastriji’s family, Vivek says, “His family has supported us from day one. They also attended the trailer launch that was held recently in Delhi. They were very cooperative and supportive. Lalitaji (Shastriji’s wife) informed me that when, according to Hindu rites, the body was being bathed, they noticed cuts on his body and the blood was still pouring. She along with her son then had approached Gulzarilal Nanda (then Prime Minister of India) and the Home Ministry requesting for a postmortem. Even Lal Krishna Advani had put up this question but nothing happened. If you make a list of the loopholes, you will definitely feel that it is a murder mystery that needs to be solved. But, they got only one reply — if they would be allowed to conduct the postmortem, it could give rise to riots.”

The director further adds that he is not at all being manipulative in the film. “I have tried to make this film fearlessly. I am not giving judgment, I am taking you to a place to find the truth. There are a few loopholes, which you will notice in the film. But for that, you need to watch the film. I can only say that it will trigger a debate. If a debate is not triggered then no one will ever try to make such films,” he concludes.