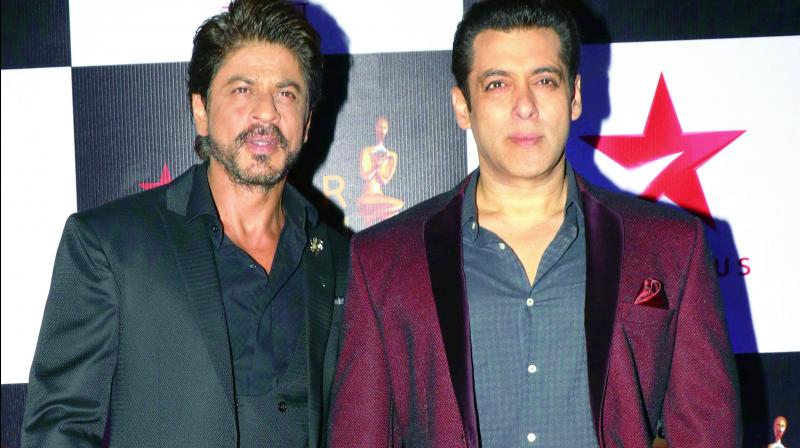 The one permanent truth about life and showbiz is this  there is nothing permanent about it.

The dust of ace filmmaker Sanjay Leela Bhansali’s conflict with Salman Khan over their collaboration on the film 'Inshallah' (now shelved) has barely settled, now we have news  that another pair of  Bolly-biggies Shah Rukh Khan and Salman Khan  will be joining hands  in a two-hero adventure film.

The one masterminding this casting coup is former actor Nikhil Dwivedi, now a close confidante of both actors. It is reliably learnt that Dwivedi has already zeroed in on a script and a director, and has convinced both the Khan superstars to kiss away their mutual grievances and create history again.

This would be their fourth and perhaps biggest collaborative effort. We can hardly wait.