Proud mother Soni Razdan talks about daughter and sharing screen space with her. 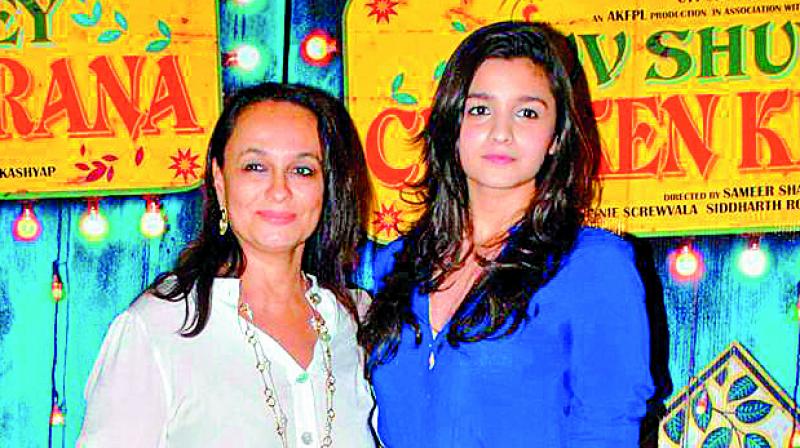 Doting mom Soni Razdan seems extremely proud of daughter Alia Bhatt’s achievements. Soni and Alia will be seen in Meghna Gulzar’s Raazi, which is an adaptation of Harinder Sikka’s book Calling Sehmat, a story inspired by the almost unbelievable real-life story of a woman who Sikka named Sehmat, to protect her identity.

Soni, who likes to give her daughter space, says she doesn’t interfere in her personal life at all. “Yes, she talks to me about her personal life whenever she feels like. It’s her life and I don’t like to interfere. But, I am a mom at the end of the day and I like to know what’s going on in her life.”

She says, “I ask her directly at times, so that way we are open, but I wouldn’t say too open. I think she is more open now about her life after she has moved away,” she adds.

Alia’s choice of films has always been great and her mom Soni says it’s all credit to her. “She doesn’t come to me with her scripts and I am happy and proud of her choice of films. I feel, after her debut film she could have taken the easy route. Actresses do glamorous roles and then after 10 films they do an offbeat one.  But, Alia didn’t do that. She picked films like Highway and Udta Punjab, too,” the 61-year-old said.

Soni, who is playing Alia’s mother in Raazi, says it was an emotional experience working with her. “Its very cute of Alia to say she was nervous for me. It’s a privilege to work with director Meghna Gulzar and be with my daughter in the same frame. It was an emotional moment.”

She doesn’t come to me with her scripts and I am happy and proud of her choice of films. I feel, after her debut film, she could have easily taken the easy route. But she picked films like Highway and Udta Punjab, too” — Soni Razdan