The actress will be seen in her upcoming movie, Kick 2 opposite Salman Khan once again. 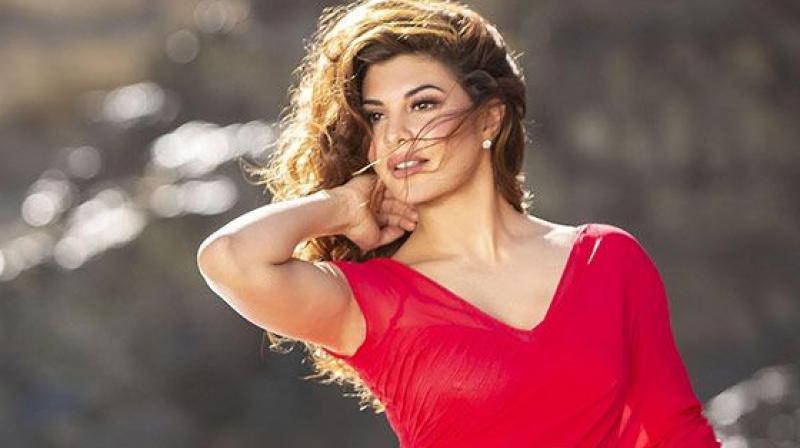 Jacqueline Fernandez in a still from ‘Race 3.’

Mumbai: One of the most influential celebrities of the Bollywood industry, Jacqueline Fernandez talks about the hard work that goes behind being a social influencer, her journey so far in her Bollywood career and lots more! The fitness enthusiast of the industry shared with her fans, the responsibilities that come along with this title.

Talking about her journey in the Hindi film industry Jacqueline shares, "It has been such a life lesson and a blessing. I’m humbled. Going back to yesteryear to my early beginnings and where I am today, I’m so grateful to all the people involved in this journey of mine. Even though I’ve been a part of the film industry for a decade, I’ve never actually studied acting and it wasn’t something I could learn in a classroom. It has been quite a ride so far and has definitely shaped me into a stronger person. I’ve learned that hard work, patience and perseverance bring you a long way."

When you try different things, not all will turn out as expected and at that very moment, one should not give up. Jacqueline shares her mantra as she says, "I’d like to quote Winston Churchill: Success is not final, failure is not fatal: it is the courage to continue that counts. I think one should sing, dance, laugh and never ever give up on that!"

Digital space has no boundaries and at times, the people behind the screen pour love but are also, harsh enough to even criticize being faceless trolls on social media. Being a public figure, one is always more prone to reactions from the people which can be both good and bad where handling the trolls and criticism in a healthy way is a task and Jacquline has learned her own way through it as she shares, "Social media trolls are best to handle with a sense of humour and Film Critics, with an open mind to constructive criticism. I would rather not take up the daunting task of dealing with the allegations, controversies and offending anyone. I don’t take trolls or the people creating memes, seriously. Things can get misconstrued over social media. Certain things that we say or talk about are sensitive and we need to be very cautious."

To capture it all, the ‘positive growth influencer of the industry’, Jacqueline feels that there is a lot to do and it’s not easy to be a social influencer in this world. Her responsibilities are double and she has to contribute a lot to maintain a balance between everything as rightly it's said, with great power comes great responsibility.

The hardworking and dedicated actress has won her fans for being extremely committed towards her career and with her consistent success is known to be the “Jacq of Hearts”, by her fans as well as the industry peers, alike.

Touted to be most influential and bankable, the actress is now venturing into the digital space with her most anticipated upcoming OTT, “Mrs Serial Killer” which will mark her debut on the digital platform. She is prepping a lot for her role and is giving her best to impress her fans. Thus, being her first OTT step, the fans have gone gaga over this and can’t wait to witness her in this new avatar.

Owing to immense popularity amongst the masses and having several brand endorsements to her credit, Jacqueline Fernandez has emerged as one of the most influential actresses in addition to being the commercial front runner.

The actress would be seen in her upcoming movie, Kick 2 and the actress will be sharing the screen space with Salman Khan once again. Directed as well as produced by Sajid Nadiadwala, Kick 2 will release on Christmas 2019.