Working with Hrithik Roshan also meant that the actress had to give her best to every shot. 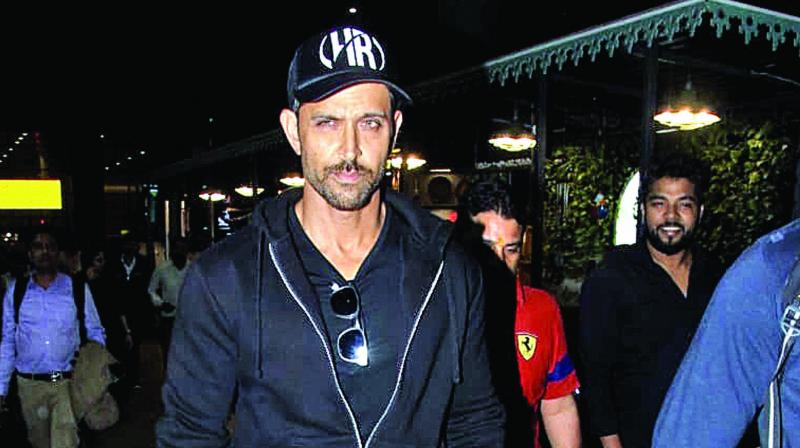 TV actress Mrunal Thakur got her big ticket to Bollywood with Hrithik Roshan’s Super 30 and the actress can't stop gushing about the superstar.

She says, “I wasn’t expecting this film to come my way. I never thought I will get to work with Hrithik Roshan. Every time, I have to pinch myself to actually believe that I am promoting my film with Hrithik. He made me feel very comfortable and had no starry tantrums. We kind of developed a friendship through the process of making the film.”

But working with Hrithik also meant that she had to give her best to every shot. “I had to calm down the fangirl inside me and focus on work when I am next to him. I didn’t want to give retakes so I was focused and very alert,” she added.

The actress has now hit the gym big time, all thanks to Hrithik.

She says, “Now I have started taking care of myself and feel inspired. Hrithik is such a gym freak and one good thing that I take away is that now, I am more disciplined and focusing more on the workouts.”

Meanwhile, Vikas Bahl the director of Super 30 who was accused in the Me Too Movement got a clean chit right before the release of the film. The actress of the film Mrunal says, “The film should get what it deserves and I am very happy that the film is releasing. Everybody has worked hard. We wanted to make sure that everything is okay and the producers took the decision. After the investigations, they decided to give him the credit, which he very much deserves. To be honest, it depends on person to person, and my experience working with Vikas was good.”