All is well with the unit of Manikarnika

Of late, Kangana Ranaut-starrer Manikarnika: The Queen Of Jhansi has been in the news for all the wrong reasons. 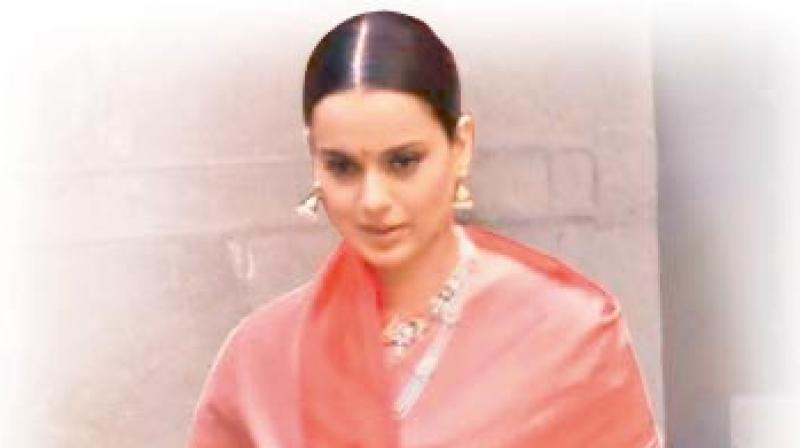 Kangana Ranaut’s Manikarnika: The Queen Of Jhansi has been in news for all the wrong reasons for some time now.

Of late, Kangana Ranaut-starrer Manikarnika: The Queen Of Jhansi has been in the news for all the wrong reasons. First, it was reported that the film’s director Krish walked out of the film after having a tiff with Kangana over creative issues, prompting the actress to take on the directorial mantle. Secondly, actor Sonu Sood left the project mid-way because of the actress’ high-handedness. The latest rumour to hit the film is that even the story writer K.V. Vijayendra Prasad has walked away due to differences with Kangana.

However, Vijayendra Prasad dismisses all the reports and states that all is well within the unit. “I am very much part of Manikarnika; I have given the story. All are in touch with each other and the crew is working as a cohesive unit. The film’s shooting is done and a few patchwork scenes are being shot. All the reports about me walking out are absolutely baseless,” he clarifies.

“They are shooting a few patchwork scenes for enhancing the film. Since Krish has a Telugu film to direct (the NTR biopic), he informed Kangana about the same and she was kind enough to understand his prior commitments,” says Vijayendra Prasad, adding, “In fact, Krish asked her to shoot for the patchwork scenes without him, which Kangana is doing. She’s keeping him updated about all the activity; both of them are in regular touch.”

Meanwhile, sources close to Krish also slammed the rumours about the director exiting the project. “Krish has completed shooting for the film. Soon after, Kangana came up with enhancements to the script which she felt would elevate the film’s emotional appeal. But since Krish had already committed to a Telugu film, he expressed his unavailability to direct those scenes, which Kangana is directing now. Both of them have high regard for each other; and mutually agreed to go ahead with their respective commitments. Together, they will take a final call on what scenes are to be retained on the editing table,” says a source close to the director, adding that Sonu Sood walked away from the project because of multiple issues. Apart from having a tiff with Kangana about her competence, the actor also has had issues with the filmmakers on various aspects.