See photos: Priyanka Chopra gets cosy with Nick Jonas at the US Open 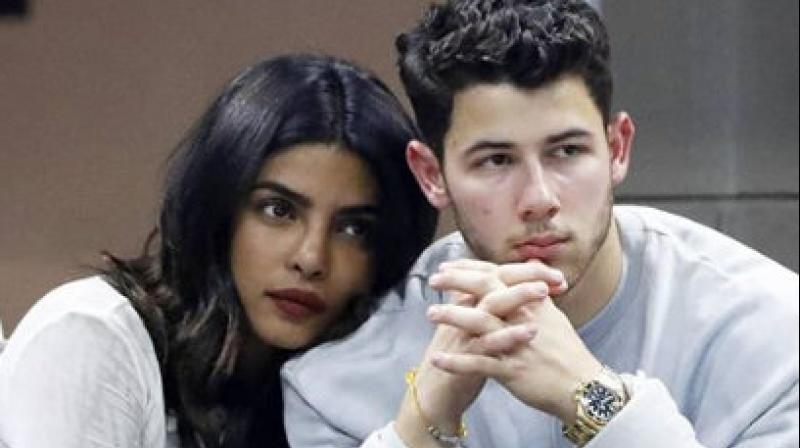 Priyanka with Nick at the US Open. (Courtesy: Instagram)

Mumbai: Bollywood actress Priyanka Chopra and fiance Nick Jonas were recently seen at the US Open. After visiting Mexico for a private day trip, the lovebirds are now enjoying some family time attending the US Open clash between Serena Williams and Czech Republic's Karolína Pliskova in New York City.

The couple was accompanied by Nick's brother Joe Jonas, his fiancee Sophie Turner and Priyanka's mother, Madhu Chopra. They attended the US Open on Tuesday (local time) in New York and looked excited for the game.

The couple took to Instagram and posted photos from the 'famjam.' The 'Quantico' star wrote, "It’s a #famjam at the #usopen 💋🎉❤️ @nickjonas @sophiet @joejonas @madhumalati"

The fanclubs also shared photos of Priyanka Chopra and Nick Jonas as they watch US Open.

Meanwhile, Serena Williams entered the semi-finals of the women's singles even of the US Open for the tenth successive year.

After keeping fans and media guessing for the longest time, Priyanka and Nick confirmed their engagement last month with a 'roka' ceremony, followed by a private party in Mumbai. Both the events were attended by near and dear ones of the couple. Soon after the ceremony, Nick flew to the US while PeeCee stayed back to continue shooting for her upcoming project 'The Sky is Pink.'