The actor can be seen in a bearded look, resembling that of a man focused to achieve something greater than himself. 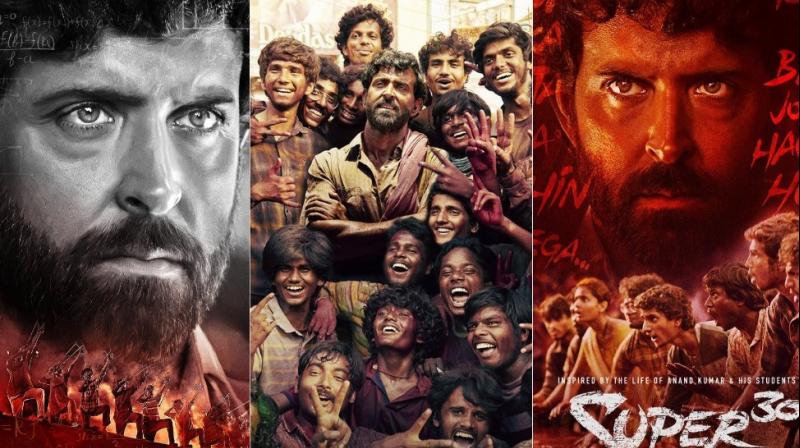 Mumbai: The first look poster of Bollywood star Hrithik Roshan's upcoming film 'Super 30', based on the life of a Patna-based mathematician, was unveiled on Teachers' Day.

The actor took to Twitter to share the first posters of the film. Hrithik can be seen in a bearded look, resembling that of a man focused to achieve something greater than himself and he is surrounded by his students from economically weaker sections of the society.

The tagline in the posters, ''AB RAJA KA BETA RAJA NAHI BANEGA." (Now a King's son will no longer become a King himself) is provocative and aptly tends to justify Hrithik's look.

The film revolves around mathematician Anand Kumar and his famous Super 30 program. Here Super 30 alludes to 30 Indian Institute of Technology (IIT) aspirants who were trained by Kumar to crack IIT entrance test.

Produced by Sajid Nadiadwala, Reliance Entertainment and Phantom Films, the Vikas Bahl directorial is scheduled to hit the silver screen on January 25, 2019.