It seems the fan-friendly actor, is not having the best of times with his followers and common people of late. 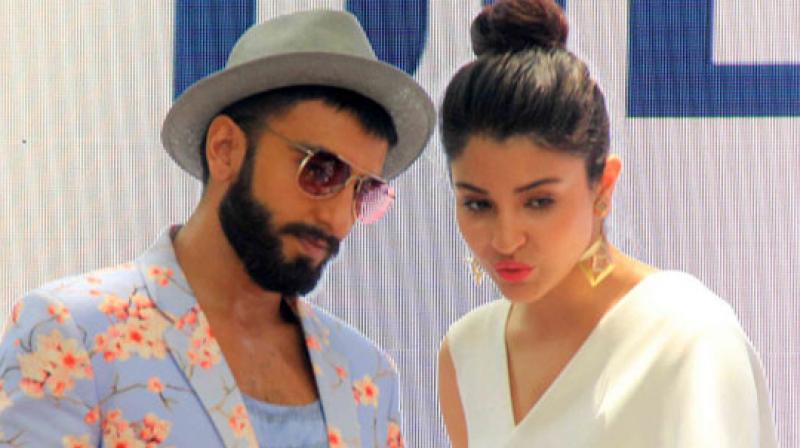 Ranveer Singh and Anushka Sharma last worked together in ‘Dil Dhadakne Do.’

Mumbai: It seems Ranveer Singh, who is known for being a fan-friendly actor, always posing for pictures with them and replying to their messages, is not having the best of times with his followers and common people of late.

After he and his ladylove Deepika Padukone were accused of attacking a fan when she shot them walking hand-in-hand in USA, here’s another unpleasant encounter for the actor.

The actor lost his cool and slammed a motorist left, right and centre recently on the streets of Mumbai.

In the video shared on Twitter by the person at the receiving end, Ranveer is seen lashing out from the non-driving front seat of his car at what looks like Bandra-Worli Sea Link in the city.

The mistake initially is on the part of the other person as he is seen apologising to Ranveer at the start of the video. And the actor’s voice is unclear due to the music in the background, but we hear him shouting words like ‘crash’ and ‘looking into your phone’.

Ranveer was completely furious and along with his heated hand movements, also utters the F-word. Moreover, when the man tells him, ‘Shant Ho Jao’ (calm down), he shoots back, ‘Akal nai hai, to shaant ho jayenge?’ (You don’t have brains and expect me to calm down).

The incident brought back memories of Ranveer’s co-star of many films, Anushka Sharma, similarly slamming a motorist from inside her car, though the reason that time was littering.

Like the person who was scolded in that case, who later turned out to a former child actor, this man too took out his anger on the actor on social media.

He called Ranveer ‘badtameez insaan’ (stupid person) and slammed him for not having manners and abusing him in front of his mother and sister. He also  called him a ‘crazy guy’ and ‘flop actor’ and asked him to show manners, or else he’ll be on the streets soon.

The mistakes in both cases was of the motorists, but did the stars err in the use of their language?