Didn’t know who Pujari was till office was fired at, says Mahesh Bhatt

Since the 2006 incident, Bhatt and his daughter Pooja had been receiving threatening calls from the Pujari gang. 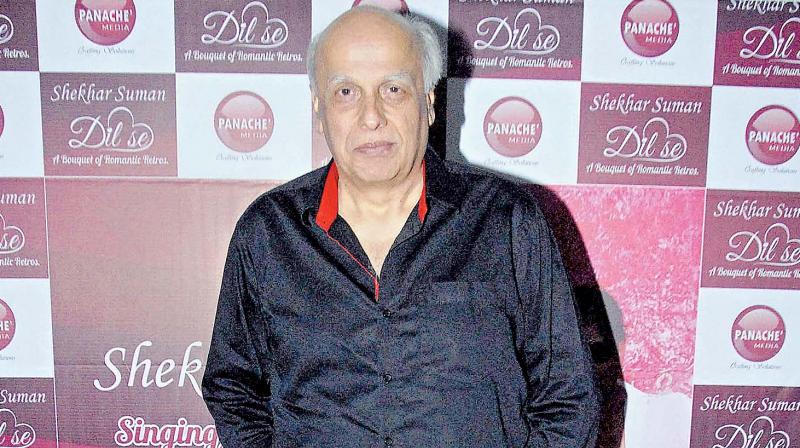 Mumbai: Prominent Bollywood filmmaker, Mahesh Bhatt deposed before the special MCOCA court on Wednesday as a witness in connection with a case where members of the Ravi Pujari gang were allegedly plotting to kill him. They were arrested on November 15, 2014. While replying to questions by the special public prosecutor Pradip Gharat, Bhatt’s testimony supported the police case. He told the court that he heard Pujari’s name for the first time in 2006 when someone fired at his office.

Since the 2006 incident, Bhatt and his daughter Pooja had been receiving threatening calls from the Pujari gang. The father-daughter duo also received threat calls when Pooja’s movie Dhoka was released in 2007. However, the case is related to the plot to kill the filmmaker, which he learnt of only after the police arrested few members of the Pujari gang, who were plotting his murder.

As Bhatt did not have any first hand information about the accused or the conspiracy, he was not asked to identify any of the 13 accused facing trial.

Bhatt told the court that he had even met the then commissioner of police with a delegation of eminent film producers and conveyed to them that the film industry would not bend in front of this gangster.

According to the prosecution, the accused conspired to kill the Morani brothers as well as Bhat and his family members. At the time of arrest, the police seized mobiles, SIM cards and pistols from the accused. During the investigation, the two accused issued a confessional statement and admitted the involvement of all the accused in the crime.

The prosecution’s case is that Obaidullah wanted to obtain overseas rights of Hindi film Happy New Year, which was produced by the Moranis and hence he contacted his brother Anis Merchant and informed him about the demand for Hindi films in the US. They decided to threaten the Morani brothers through Pujari and got in touch with him.

Thereafter, Pujari threatened them on phone and there was also firing at their bungalow. But since it did not yield any results, they decided to eliminate any famous film personality and conspired to attack Mahesh Bhatt. But the police nabbed the accused before they could implement the plan.