This is nothing but personal vendetta: Nihalani blasts CBFC chief Prasoon Joshi

Former CBFC chief Pahlaj Nihalani’s film Rangeela Raja has been ordered 20 cuts by the Central Board of Film Certification. 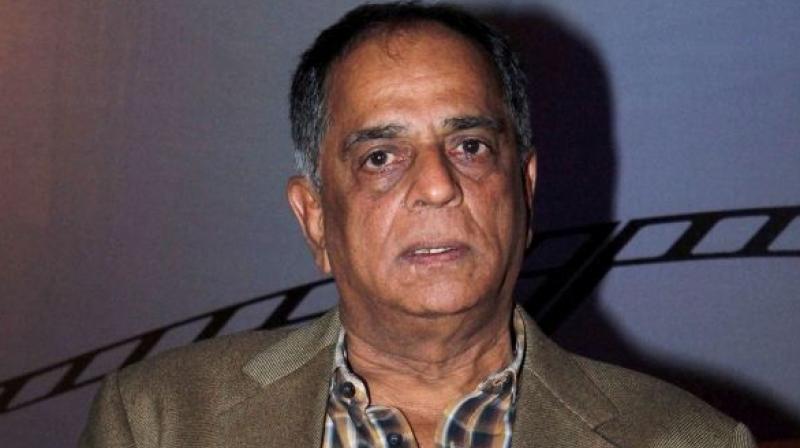 Mumbai: Former censor board chief and filmmaker Pahlaj Nihalani on Monday threatened to move the Bombay High Court against CBFC after the certification body ordered 20 cuts in his upcoming production Rangeela Raja. He also accused current CBFC chief Prasoon Joshi of being biased.

Nihalani feels that Joshi is taking undue advantage of his position. “This is nothing but personal vendetta. When I was the chairperson (at the CBFC), I left a lot of people angry and upset with me. Now when my film has been submitted for censoring, they are taking out their frustrations on me. But I won’t go down without a fight,” Nihalani told Bollywood Hungama.

Pahlaj Nihalani said that 'Thugs of Hindostan' was cleared without any hindrance as film's leading star Aamir Khan is Joshi’s close friend. “Everybody knows about Prasoon Joshi’s enduring friendship with Aamir Khan. No one is surprised that Thugs Of Hindostan was given an all-clear censor certification out of turn, while my film Rangeela Raja, which was submitted well in time 60 days ahead of release, has been slapped with multiple cuts which I am not taking. No sir!” he further added.

Nihalani mentioned the cuts ordered in his film are absurd. “There is no vulgarity no double meaning dialogues. Still I’ve been asked to delete a massive number of dialogues and scenes. In one sequence my heroine asks my hero what he’d like as guru dakshina. He says Eklavya cut his thumb and gave it to his guru, to which she tells the hero he can cut her lips. There is no kiss. Only a suggestion of a kiss. Still I’ve been asked to cut out this harmless playful scene. Why? Movies like Anurag Kashyap’s Manmarziyan are filled with kissing and lovemaking scenes and yet passed with a ‘UA.”

Nihalani said that Joshi is being a biased chairperson and that he will see the latter in court. “Prasoon Joshi is breaking guidelines to please his friends. But he can’t bully me into cutting harmless scenes just because I was once in his chair and favouring no one. I am going to court to fight this out. I will see Mr Joshi in court,” said Nihalani.

Interestingly, during his tenure as the board chief, Nihalani was himself notorious for compelling film makers to edit, mute and shorten dialogues and scenes which he found inappropriate for universal viewing. He was removed from his position in August, 2017.

With Rangeela Raja, Nihalani is re-uniting with actor Govinda after a period of 25 years. They have earlier worked together in films like 'Ilzaam', 'Shola Aur Shabnam' and 'Aankhen'.