It all began when Sara went on to say on 'Koffee With Karan' show that she wouldn’t mind dating Kartik. 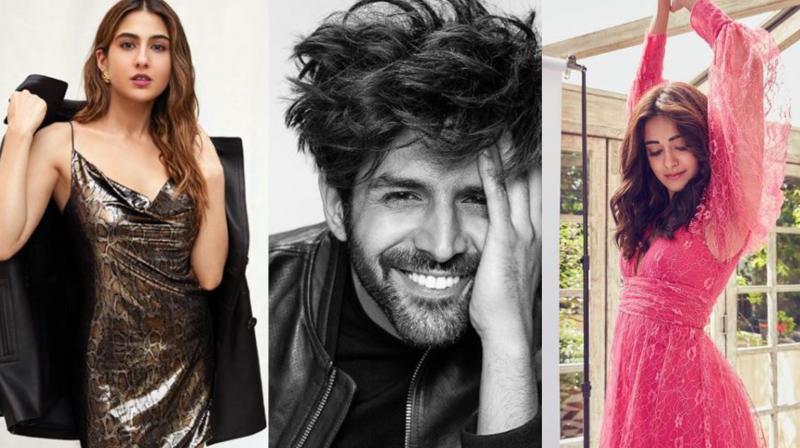 Mumbai: Kartik Aaryan and Sara Ali Khan’s speculated relationship has become a sensational topic on social media. It all began when Sara went on to say on 'Koffee With Karan' show that she wouldn’t mind dating Kartik. Later the duo was offered to play the lead in Imtiaz Ali’s next.

Though they never came out in the open to talk about their relationship, fans were shocked when they both parted ways. Now the latest news is that Kartik is seen hanging out with his 'Pati, Patni Aur Woh' co-star Ananya Panday.

At a recent media event when the 'Luka Chuppi' actor was asked about his breakup with the ‘Kedarnath’ actor he said, “Do rotiyan Ananya ke sath tod li, toh sabne puch liya. I did an ad with Mr. Bachchan and shared it on Instagram that it was on my bucket list. But no one asked me about it.”

On the work front, Kartik will be next seen in ‘Pati Patni Aur Woh’ which will release on December 6, 2019. He has also ‘Dostana 2’ and ‘Bhool Bhulaiyaa 2’ in the pipeline.