Salman Khan kick-started shooting of his upcoming film 'Radhe' in a dramatic style. The actor shared a video on his social media. 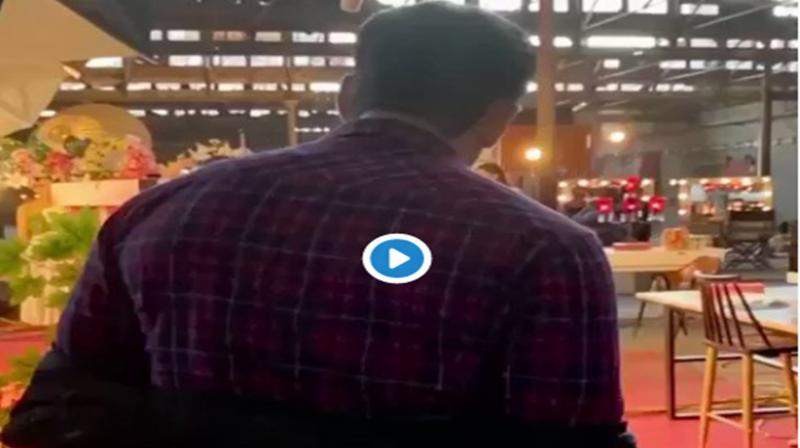 Salman Khan on the sets of 'Radhe'. (Photo: Twitter)

New Delhi: Salman Khan kick-started shooting of his upcoming film 'Radhe' in a dramatic style. The actor shared a video on his social media where he can be seen entering the sets of the film with a complete swag.

Proving that there is no one like him, the actor walked on-set in slow motion while putting on his suit jacket. Making sure not to reveal many parts of his role in this upcoming drama, the actor only gave fans a good look of his back and a glimpse of the sets that appeared to be some sort of restaurant setting.
" #RadheEid2020 . . . Day 1," he tweeted.

Apart from the video, the actor also shared a picture of the clapperboard to announce his first day on the sets of the film.

After creating a buzz among fans with the high-octane trailer of 'Dabangg 3', Salman has started shooting for his next outing with Disha Patani, Randeep Hooda and Jackie Shroff.

'Radhe: Your Most Wanted Bhai' is being helmed by choreographer-director Prabhu Deva, who is reuniting with the actor for the third time. He earlier directed 'Wanted' and 'Dabangg 3'.

It is expected to hit silver screens next year on Eid-ul-Fitr.