Watch: Ajay Devgn and son Yug uncomfortable at Ajmer Dargah due to fans

In the viral video, we can clearly see that Ajay is struggling to enter the dargah with son. 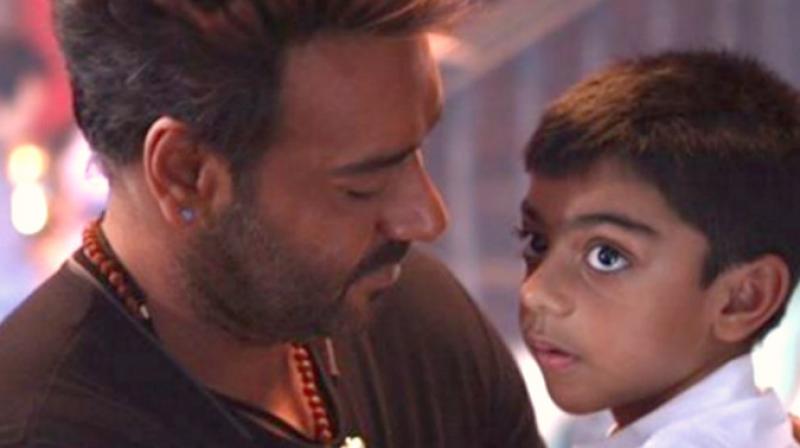 Mumbai: Bollywood star Ajay Devgn and his son Yug had an unpleasant experience when they visited the Ajmer Sharif Dargah in Rajasthan on Monday. A video that has been posted on social media shows the ‘Singham’ actor and his son getting mobbed by the fans.

In the viral video, we can clearly see that Ajay is struggling to enter the dargah with son. He is seen wearing a pink and white saafa and is making way amidst a sea of crowd. Ajay looked agitated and angry as the mobs push him but his security personnel came to his rescue. For the unversed, Ajmer Sharif is a Sufi shrine of Sufi saint, Moinuddin Chishti.

Ajay shares a very friendly relationship with his son Yug. He is always seen going for road trips with his family. On September 13, Ajay took to Instagram to wish darling son when he turned 9.  Ajay posted a beautiful photo from his and Yug’s visit to Gurudwara and wrote, “It’s a joy watching you grow. Can never have enough.”

On the work front, Ajay will be next seen in historical drama Tanhaji: The Unsung Warrior co-starring Saif Ali Khan and Kajol in the lead roles which will be releasing on January 10, 2020. He will also be seen in Bhuj: The Pride of India alongside Sanjay Dutt, Sonakshi Sinha, Parineeti Chopra, Ammy Virk and Pranitha Subhash in the lead roles.