Vivek is an old collaborator with Anupam, having directed TV shows for Kher two decades ago. 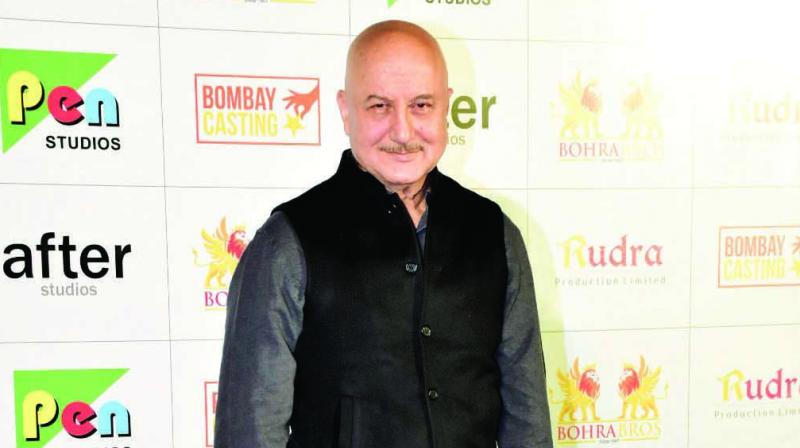 Anupam Kher has returned to collaborate with his Buddha In A Traffic Jam director Vivek Agnihotri for his next film after The Tashkent Files called The Kashmir Files.

The film will touch upon the issues of Kashmiri Pandit, and talking about it, the actor delves, “Cinema is a very important tool to tell a story, not just for a cause but also from a historical perspective.  The film is not just from an Indian perspective, rather it is about victims of terrorism. We are getting into ‘how many people have died’, and not about what is happening to their families.”

Vivek is an old collaborator with Anupam, having directed TV shows for Kher two decades ago. Being a Kashmiri Pandit, the project has become close to his heart. “Four thousand people thrown out from their homes. This kind of event has not been documented,” he says.

Although despite  having an obvious affinity for the subject, the actor in Kher wanted to know about the role too, apart from the story. “I signed an NDA not to reveal anything about the character, but I can assure you that I did not just sign the film because of the cause. I wanted to know from Vivek what the role exactly was. Only when I was happy with what he narrated, I agreed to do the film,” he reveals.

The actor and filmmaker recently met in the US, where Vivek was conducting interviews with displaced Kashmiri Pandits. “There were so many stories, and everyone who narrated their tale was in tears. They are all victims of terrorism. There is an audience for this cinema. Hence, such films should be made,” Kher insists.

Incidentally, Vivek’s recent lecture in the US at Rutgers University on the Kashmir issue came invited a lot of opposition from the pro-Pakistan camps. The filmmaker, however, explains the rationale behind Kher’s casting in the film.

“When I started researching, meeting, and listening to Kashmiri Hindu community, I realised that their story of loss and suffering is so painful that if this story has to be told, it must be told by the greatest of actors of our times to bring the realism, conviction, and sensibility that heals the community. My first choice was Anupam Kher. It’s a coincidence that he happens to be a Kashmiri himself, and I am so proud and happy that when he heard the script in his New York home, he agreed to act in this very important film of our times. I hope that the audience will see a dimension of Mr Kher that we haven’t seen so far,” the director concludes.