The actor has shared screens with Raveena Tandon in a couple of films and two share great chemistry in reel and real life. 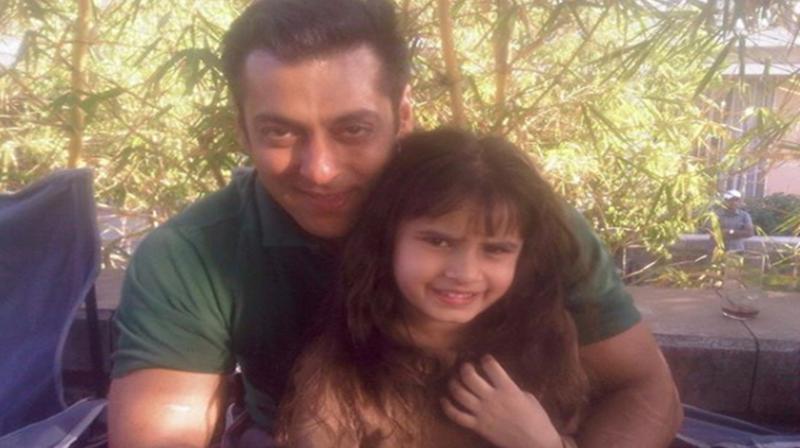 New Delhi: Raveena Tandon, who was among the top-notch actresses of the nineties, shared an adorable picture of Salman Khan with her daughter Rasha Thadani on her Instagram account.

Remembering the good old days, the 'Dilwale' actor captioned the post - "How time flies .. down memory lane, when @officialrashathadani was all of 5 years old .. hanging with uncle salman.. must say he is the best ever with kids," followed by three emoticons.

How time flies .. down memory lane,when @officialrashathadani was all of 5 years old .. hanging with uncle salman.. must say he is the best ever with kids . 😁♥️

It is a well-known fact that Salman Khan loves being with kids, be it on the big screen or off-screen, and this throwback picture is doing rounds on the internet. The 53-year-old actor has shared screens with Raveena Tandon in a couple of films and the two share great chemistry in reel and real life. Both actors were recently seen working together in 'Nach Baliye 9' where she was one of the judges and the 'Bajrangi Bhaijaan' actor was the producer of the show.

On the professional front, Salman is currently busy with the promotions of his film 'Dabangg 3' where he will once again rock at the big screen as Chulbul Pandey.

Makers of the film have already treated the audience with the iconic title track - 'Hud Hud Dabangg' earlier this month. 'Dabangg 3' is the third film of the Dabangg franchise, which stars Sonakshi Sinha opposite Salman.

It also stars veteran actor Mahesh Manjrekar's debutant daughter Saiee Manjrekar and Arbaaz Khan in significant roles and is slated to open in theatres on December 20.