Neeraj has done five films with Akshay as a director and producer. 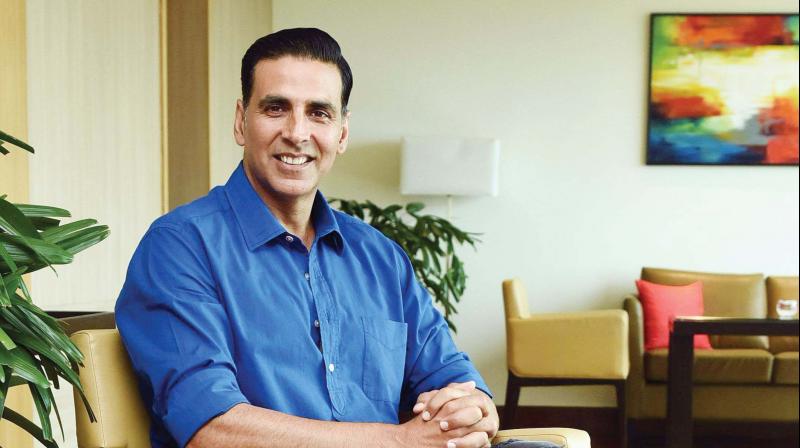 Akshay Kumar has not just advanced the release of Padman a day earlier than planned, he’s also doling out socially relevant messages to bolster the film’s publicity.

Akshay Kumar’s Padman continues to remain one of 2018’s much anticipated films, along with Padmavati. But there seems to be a change in the release schedule for the R. Balki directorial. Instead of sticking to the original plan of releasing it on January 26, the lead actor had suddenly called for the D-day to be advanced. 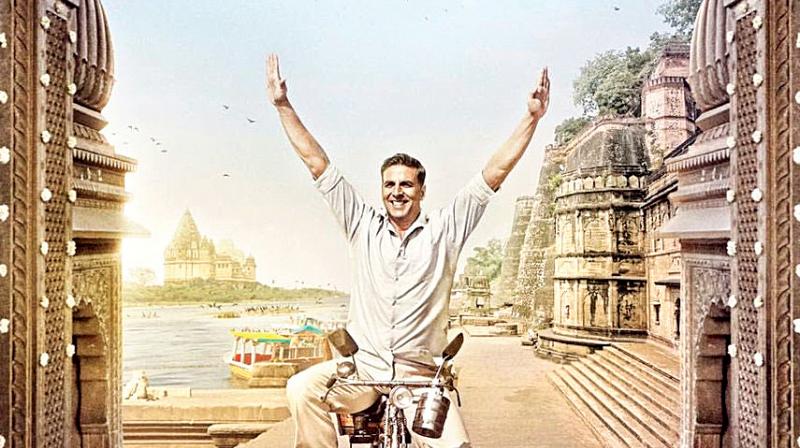 Akshay Kumar in the poster of 'Padman'.

According to a source, very close to the film, the normally unruffled Akshay Kumar, whose wife Twinkle turned producer with Padman, seems to have gotten rattled by the Padmavati factor. Says the source, “Akshay heard rumours floating in the trade market about Padmavati — now certified and supposedly rechristened Padmavat — being released on January 26 and called an emergency meeting of his team. They eventually decided to pull back the release date by a day. His reasoning — and a correct one at that — being that Padman would at least have the initial advantage of the Republic Day weekend.”

But as we get closer to the release of the film, based on real life social entrepreneur Arunachalam Muruganantham, it seems like the film’s team has gone into a promotional overdrive.

If it hasn’t escaped your attention, you’d notice that every other day, Padman’s lead Akshay comes up with one socially relevant statement. When the film first came out with their teaser, the actor said that menstruation isn’t a subject that should be kept under the wraps. Later, when saying that the stigma around menstruation needs to be addressed, he admitted that his knowledge of the subject only increased after working on the project. Akshay has also gone on to say that his son Aarav Kumar is fully aware of what menstruation is, as Twinkle has educated him on the subject.

It would seem like the actor isn’t leaving any stone unturned to promote his film by making it more relevant to the people. This isn’t the first time Akshay has gone on an overdrive, preaching social messages around his movie. Toilet: Ek Prem Katha’s release too saw Akshay talk about the importance of lavatories and hygiene.

A trade source tells us more about this. “Celebrities speak about social causes and express their concerns only while promoting their films. Once the film gets released, nobody is bothered much about it,” they lament. “Eventually, everything boils down to money. Akshay is going out of his way only to promote this film.”

Evidently, Padman is preparing for the advanced release. In fact, apart from saying that sanitary napkins should be tagged as necessities instead of luxury products, the actor has also said that they should also be available free of cost.

Industry insiders seem to have a theory for this. “The promo of the film is looking rather weak. Akshay does work hard, but Padman, honestly, is not looking great,” says an insider. “The buzz in the trade is nothing to write home about for this film, even though it is a tightly budgeted one. Even `50 crore box office collection will mean that the film is a hit. That is one reason why Akshay is going overboard to push the film in every way possible,” they say.

In fact, insiders also speculate that the film isn’t going to impress many people. “When you have a very good product with you, one does not want to push it hard because you know that the film will do well. Add to that this is Twinkle’s baby and hence Akshay has no choice but to promote it,” says the same trade source.

Another trade source sheds light on the competitions facing Padman — mainly Neeraj Pandey’s Aiyaary starring Sidharth Malhotra and Manoj Bajpai. “The problem is that Akshay and Neeraj are not on good terms anymore. Once upon a time, they were close and working on several projects together. Neeraj has done five films with Akshay as a director and producer. From Special 26 to Baby, Rustom to Naam Shabana and Toilet: Ek Prem Katha, the duo has worked on every genre possible. But they fell out during Naam Shabana, over a very trivial issue. So, Akshay wants to ensure that his film does much better than Aiyaary, which is pitted opposite Padman. Ideally if they were friends, the films should not have clashed,” shrugs a trade know it all.

— With inputs from Sanskriti Media and Subhash K. Jha