Shraddha has another big project to back by – ‘Saaho’ with ‘Baahubali’ actor Prabhas. 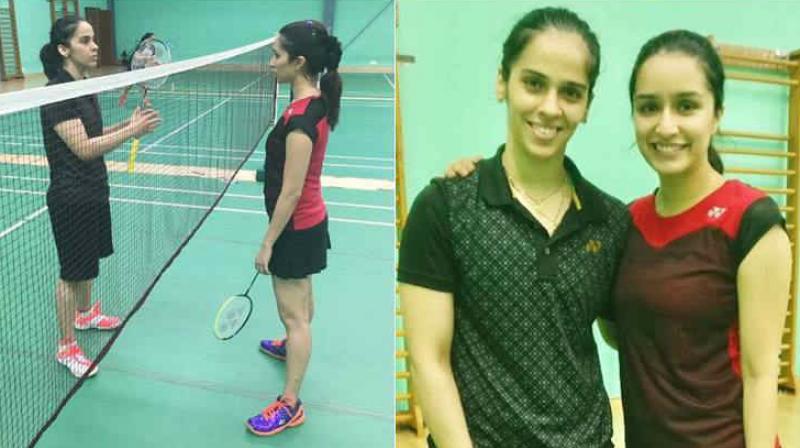 Mumbai: Shraddha Kapoor seems to be having a tough luck currently. She tried pairing up with her ‘Aashiqui 2’ co-actor Aditya Roy Kapur in ‘Ok Jaanu’. In spite of it being a Mani Ratnam film, it failed miserably at the Box Office. She then tried her luck with ‘Half Girlfriend’. Here again, even though people appreciated the fresh pairing of Shraddha and Arjun Kapoor, the movie failed to make any mark. Shraddha then even came in a biopic on Dawood Ibrahim’s sister ‘Haseena Parkar’. Once again Shraddha, in spite of being the poster girl, was not really successful.

The luck seems to have transferred to Saina Nehwal biopic, which has seen some problems ever since it has started.

A source told DNA, “Shraddha and Saina had met on a few occasions. Preparations were on in full swing. However, the movie may not happen because of some other glitches.”

Another source added, “The project has been pushed. One doesn’t know if it is indefinitely postponed or whether it has been deferred for a bit.”

But Amole rubbished all such rumours. “We start shooting in September. In December, Shraddha had travelled to Hyderabad to train at Saina’s mentor Pullela Gopichand’s badminton academy and continued with her training in Mumbai. I’ve been working on this film for over two years and it’s important to me. I’m looking forward to September,” Amole told Mumbai Mirror.

Like ‘Saaho’, Amole wishes to begin his journey of Saina biopic in Hyderabad. “That’s the plan for now. But it also depends on my actors’ dates. We will be shooting in studios and real locations, including several stadiums as we are chronicling Saina’s life story as authentically as possible,” added Amole.

On the film getting delayed, Amole said, “We aren’t paying heed to what people say. Shraddha, especially her facial structure, has a striking resemblance to Saina’s. All my life, I’ve remained silent in the face of detractors and adversities. The best thing to do is to do your job well.”

Shraddha has another big project to back by – ‘Saaho’ with ‘Baahubali’ actor Prabhas. The movie is a trilingual film and will release in Tamil, Telugu and Hindi. Apart from that, she has also been confirmed as the lead actress with Shahid Kapoor in ‘Batti Gul Meter Chaalu’.