Sridevi’s paintings of Sonam, MJ to be auctioned, bidding will start at Rs 8 lakh

Both the artworks are set to go under the hammer in Dubai next month, the proceeds of which would go to charity. 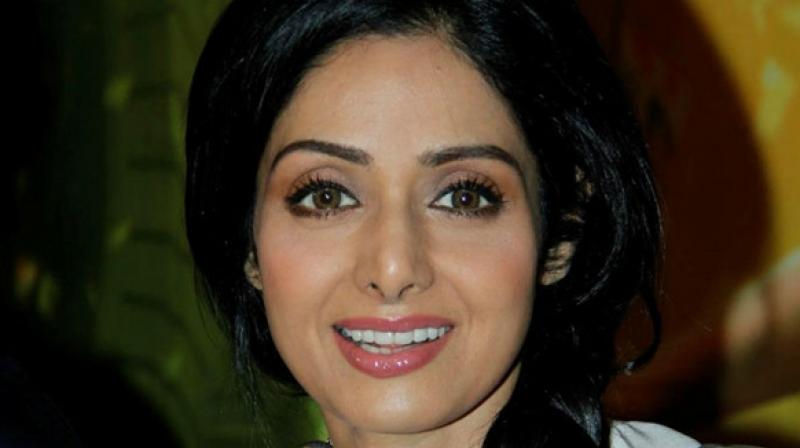 Mumbai: Actor-director or actor-producer have been terms used frequently nowadays, but it seems there are some actor-painters in the film industry.

The first name that might come to your mind would be of Salman Khan.

The superstar is known for his portraits, gifting it to his friends and even selling them for charity.

However, there has been an actress who is also a skilled painter and gifted one of her works to Salman.

We are talking about Sridevi here.

We had told you about the veteran actress’ dedication to the art, spending 5-10 hours every week.

The report had also stated that she had painted her husband Boney Kapoor's niece Sonam Kapoor’s portrait from her pose in ‘Saawariya’ and one of Michael Jackson, among others.

And now, both the artworks are set to go under the hammer in Dubai next month, the proceeds of which would go to charity, according to report in Mid-Day.

The starting price for Sonam’s portrait would be Rs 10 lakh.

“Sridevi has been painting for many years. It’s her favourite pastime. In 2010, an international art house approached her to auction her work. But she didn’t agree. Since the event in Dubai is for a noble cause, it drew her. Sonam has a massive fan following in Dubai and her popularity has grown in the Middle East after her Project Runway outing with Ellie Saab. The bidders are hoping that the painting will sell at a high price," a source told the tabloid.

About the Michael Jackson portrait, the source said, “That’s her personal favourite. The bid on it will start at Rs 8 lakh.”

With three popular names associated with the event, we are sure the portraits would fetch higher than the base price.