Whoa! Tiger Shroff and Disha Patani got ‘married’ on the sets of Baaghi 2 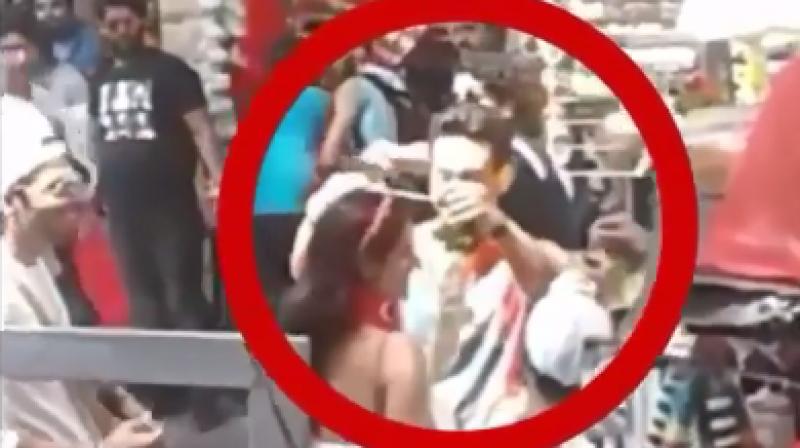 Screencapture of Tiger Shroff and Disha Patani from 'Baaghi 2' sets.

Mumbai: Taapsee Pannu feels like “it’s some wedding season now,” and she might not be wrong. Virat Kohli and Anushka Sharma’s marriage took the internet by storm, and what followed was many celebrities – Ileana D’Cruz and Surveen Chawla revealing that they’re married. There are also reports of Ranveer Singh and Deepika Padukone getting engaged, and Sonam Kapoor and Anand Ahuja preparing for marriage.

Varun Dhawan too said that marriage is on his mind, and now another steady couple Tiger Shroff and Disha Patani exchanged garlands. There’s a video of Tiger getting married to Disha on ‘Baaghi 2’ sets. Here it is:

Prior to this, Tiger and Disha taught the world how to romance in a music video titled ‘Befikra’. ‘Baaghi 2’ is also the second installment of ‘Baaghi’, which also starred Tiger in the lead role. In the first installment, Tiger was paired with his crush, Bollywood actress Shraddha Kapoor.

‘Baaghi’ was helmed by Tiger’s debut movie ‘Heropanti’s director Sabbir Khan. ‘Baaghi 2’, on the other hand, is being directed by choreographer-turned-director Ahmed Khan.