Right after the infamous Kareena-Shahid break up, there were rumours about Sania dating the then single actor. 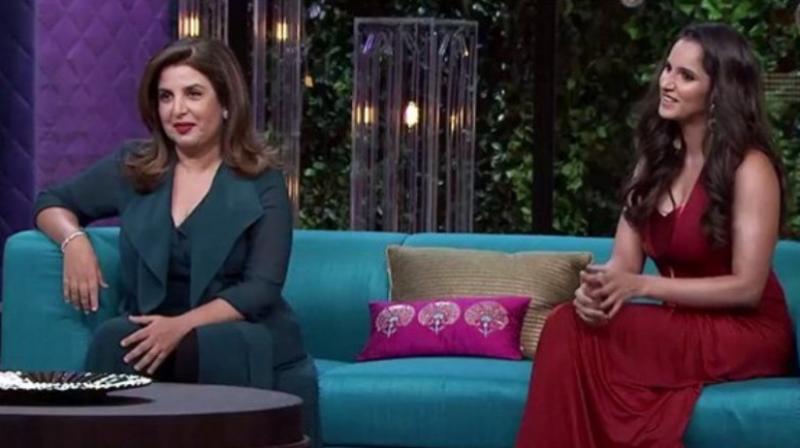 Mumbai: In the latest episode of the much-talked about chat show, 'Koffee with Karan', the two best friends, choreographer-filmmaker Farah Khan and ace tennis star Sania Mirza totally owned the couch by sharing some fun and interesting facts about their lives.

The two talked about their friendship, Bollywood and much more.

Relationships is host Karan Johar's favourite topic and did the same by asking Sania, "How come you have not been approached by any Hindi film boys?"

To which, the 30-year-old replied, "That this never happened to me."

Referring to the rumours that made rounds in the past, KJo further asked, "There were some rumours about you and Shahid, were those true?"

To which the ace tennis player instantly replied, "I can't remember it was so long ago. It never happened as I travel so much."

Later on the show, when 'Ae Dille Mushkil' director asked Sania about who would she kill, marry and hook up among Shahid, Ranveer Singh and Ranbir Kapoor.

To which Sania smiled and replied that she would hook-up with Ranveer, marry Ranbir and kill Shahid!

Well, if we go back in time, there were talks of Sania dating the 'Udta Punjab' star.

These reports were making rounds immediately after Sasha broke up with Kareena Kapoor (now Khan).